-Grubbing in Chicago(land)
A Korean Import in Glenview

Last year during the winter Olympics (which were in Korea) we decided to be festive and go get some Korean food one day. I had this Korean noodle import on my radar having seen it on a Hungry Hound segment earlier that year. Now seems like a good time to share my experience at the only Illinois location which resides out in Glenview. The man who created Paik's is a celebrity chef in Korea. All locations make the noodles by hand behind a glass counter. I cant find the exact number of locations but they're found in at least five US states and parts of Asia. It was founded in 2006. Shall we? 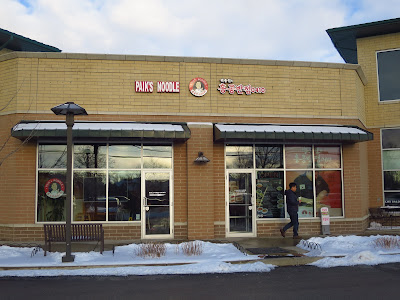 Paik's specializes in both jjajangmyun (noodles with black bean sauce) and jjamppong (spicy seafood noodles) but that's not all they do. That said the menu is relatively small with most of the dishes featuring noodles in some form. One non noodle dish worth starting with is the mandu pork dumplings. Usually I don't like them deep fried but these were delicious which admittedly is what I say about almost all dumplings I try. Still they were better than I thought they were going to be. 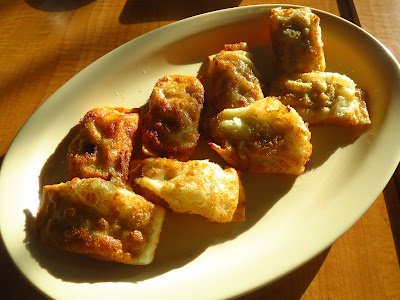 I love me some stir fried noodles so next up was an order of them. Bokkeummyeon is what they're called. This is a generous plate of stir fried noodles mixed with well cooked shrimp and cabbage and the likes. Lots of crunch which I dig. Nothing fancy but stir fried to order thus served hot and fresh. 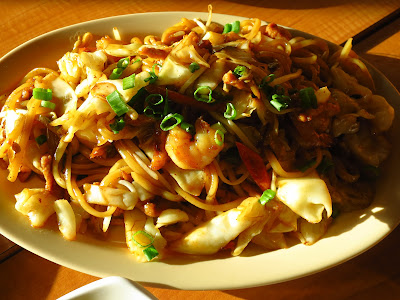 Lastly we tried the specialty seafood soup aka jjamppong. This is a spicy recipe that calls for lots of Korean red pepper flakes. That said it isn't anything that's going to blow your nose on fire. Just warm you up from a cold or the likes. I liked the little rings of calamari and there was also some shrimp and mussels in there too. The broth gets infused with all of it. This is a classic Korean comfort dish and something that's really easy to take a liking to. Which the same can be said for Paik's as a whole. 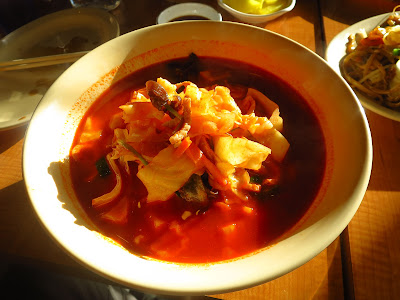