It's been a while since we took a tour of the city's wonderful Mexican restaurants and their specialties of the house. This is no doubt my favorite of the many ongoing specials here at S'C'&C. Not much left to say other than there's new places popping up every day. I'm always on the prowl for the spots that have a menu that doesn't read like 90% of the other spots. Places that specialize in something. 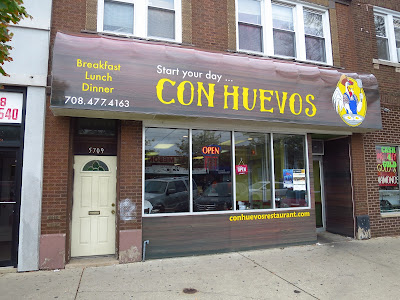 I learned of this spot while on the prowl for a good Mexican breakfast. Upon further investigating I realized it more than fit the bill. It's the definition of a local diner except it's in Cicero where about 80% of the population has a Mexican background. This is now my favorite breakfast place in all of Chicagoland and I'm working on a full feature of it for another Chicago based food site. Today we focus in on the Huevos Motuleños. This is a popular breakfast dish in the Yucatan region of Mexico. Learn all about this magnificent way to start your day from my guy David Hammond in New City. Con Huevos is the only place I know of to get what's basically tortillas smeared with beans and then topped with egg, ranchero sauce, ham, peas, and cheese. Recipes can vary and I've only had this dish a couple times but I have to say this version is better than the ones I tried down in Mexico. 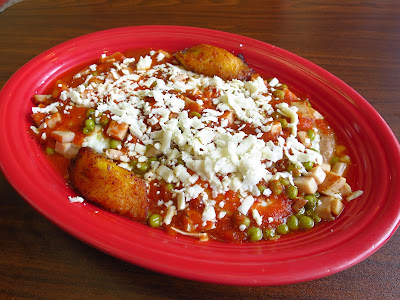 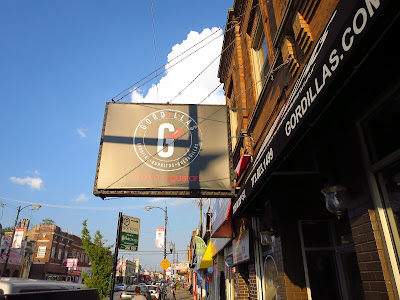 Gordillas was on my radar from the day I saw their coming soon sign in the window. It looked like a chain of sorts, albeit one from Mexico however I dont believe that to to be the case. I think they have aspirations to expand their offerings of Norteño favorites like gorditas and burritos. While they do eat tacos in Northern Mexico they also eat lots of burritos which aren't what they've become here in America. In Northern Mexico burritos are made using wonderful flour tortillas and are filled with an average amount of stewed meats. Shredded beef is big and that's a popular filling for the burritos, gorditas, and quesadillas on their menu. It's delicious and so are the potato and pepper options. 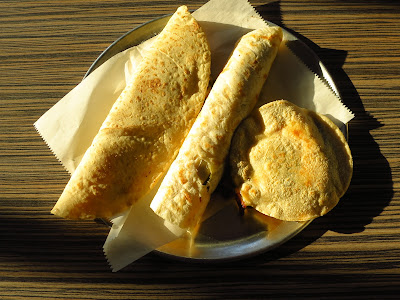 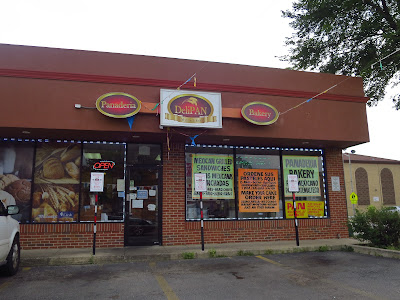 While riding down Harlem I spotted this place and decided to go in and see what was up. Turns out it's a little Mexican bakery where they're making all sorts of pastries as well as breads. I always like to scan through the reviews of a new place and lots of love was out there for Delipan's bread. They use it to make tortas in house and a turkey sandwich sounded pretty good. The smell of the fresh baked bread was to much to resist. I opted for the pavo (turkey) option and crossed my fingers it was fresh roasted turkey meat but alas it was just the deli stuff. Still this was loaded with all the good stuff including jalapenos and avocados. At just $5 it kicked the crap out of any big name sandwich chain. 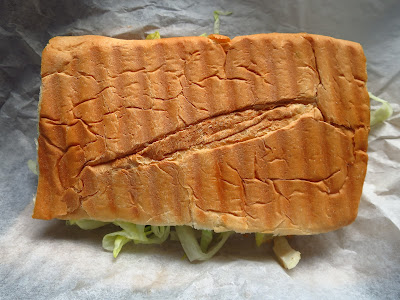 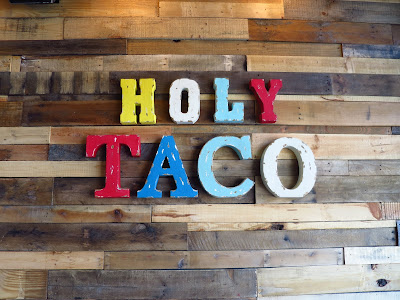 Holy Taco is one of the handfuls of hip taco spots to open up in Chicago over the last couple years. It's from the people that own Millie's Supper Club and it sits on a stretch of Webster that has a few bars popular with DePaul crowd. It's not a bad option for those kids to have. While I didnt love the tacos I did think a house special sincronizada was good drinking food. The Sincronizada is an extension of the quesadilla which in Mexico is actually a Mulita and by extension a sandwich. It's only a quesadilla when folded over. When it's one tortilla on top of another it's a mulita and when you stuff it with ham and other stuff like cheese and then top it with sauce it becomes a sincronizada. There's many variations on this snack and Holy Taco will make you one with any of their taco fillings. It's then doused 50/50 both red and green sauce and lines of sour cream. Extra napkins please. 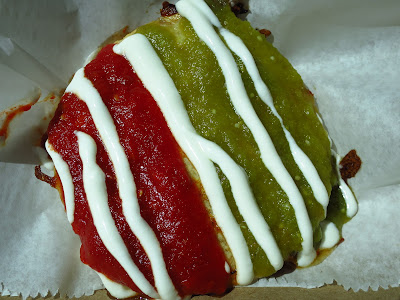 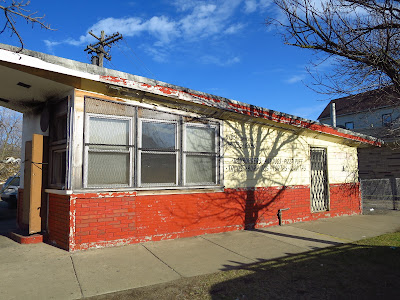 If one doesn't know about El Jacalito they would ride right by. It's home looks like that of an abandoned diner that hasn't housed a tenant in years. It's the type of spot that just reeks of old school East Side Chicago. Though it also feels like it could be a random restaurant on the side of a barely traveled Texas highway. On my visit the place was packed with blue collar city workers, families, and hoards of regulars taking orders to go. Sit at the "bar" and you'll watch as the ladies pour on pound after pound of steak mixed with peppers and onion. This is what most people are here for in one way or the other. The signature menu item at El Jacalito is the super steak taco. It's made on a ginormous handmade corn tortilla that has the thickness of tavern style pizza crust. This is so it can hold all the meat shoveled in. The meat goes over a layer melted cheese and it's all topped with lettuce and tomato. It eats like a burrito but is in fact a two handed taco. One ($6.50) will fill you up. 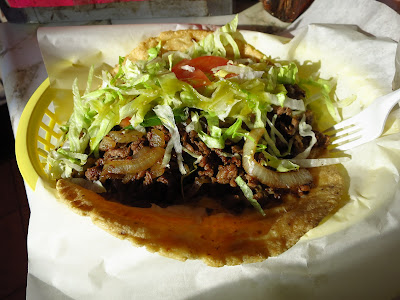 
Previous Posts from this Series