Stopping in at Three Alton Favorites

While down in St. Louis last year we took a little daytrip across the river into Madison County. I'm always intrigued by the town of Alton and it's history as well as it's numerous food stops on my radar. This is part of an ongoing series in which I stop in at a trio of local favorite spots in once booming Midwest towns. So far we've visited Youngstown (OH), Flint (MI), Galesburg (IL), Kokomo (IN). 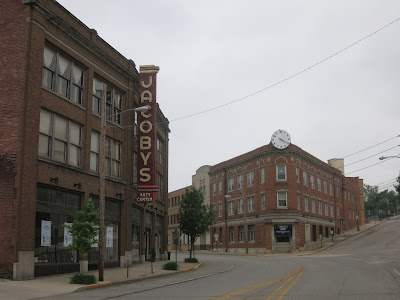 Our first eating establishment of the day ended up being a popular drive-in for fried chicken with a well known name amongst locals. Originally we just happened to be driving by but the chicken sign caught my eye and then the smell outside got us out of the car to place an order at Fast Eddie's. 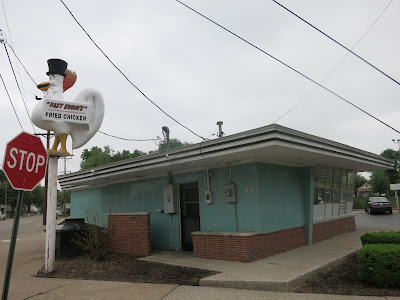 There's no seating inside or even a door to walk in and order so most people are taking their chicken to go but we would be dining al trunko. This was a fantastic batch and as this site goes on I'm starting to realize they make some great fried chicken up and down the Mississippi river. Fast Eddie's recipe was as crunchy of a batch in recent memory with the black pepper laced breading being the star. Quality stuff for sure. Oh yes, the name, no relation to the famous bar seen in this report. In fact my friend said that one of them gets mad if you ask if theres any relation to the other. 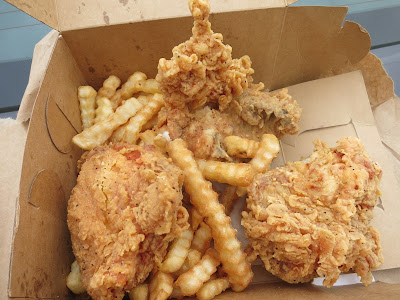 I have an ongoing quest to visit every old school slider shop left in America and my chance to hit up Mini Corral Hamburgers came this trip. Though I should point out that having been open since 1982 they're probably the youngest of the spots I try and seek out when in reach. As you can see below there's no old white brick building or even a neon sign to give it that aura the others have. 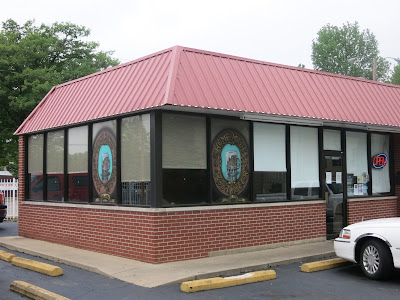 The sliders wouldn't have that flavor the others have either. In fact I haven't had a "burger" that bad since Burger Chef. You can see in the picture that these were some kind of mystery meat and I should've known due to 1) there was no grill in sight and 2) the price. At just $.89/each and cheaper when you buy a dozen they must only be able to use the cheapest mystery meat possible. One bite, dumpster. Though the housemade root beer was good. 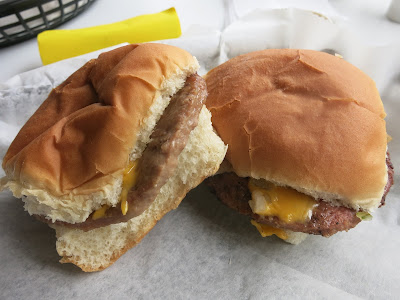 Continuing on in Alton we check out a spot famous for slanging another popular eat found up and down the river. Riviera Maya has been a staple in these parts since the early 80's and their Alton Tacos are loved by lots of locals. 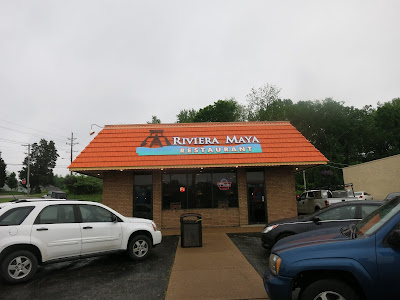 Before getting into the specialty of the house I must point out that these old school family owned spots in Mid-America do chips and salsa as good as anyone. They always seem to have baskets of hot fresh fried chips and I'm just a fiend for the old school red salsa most of them make to go with it. The stuff loaded up with onions and cilantro. Love it. The Alton Tacos consist of three deep fried ground beef tacos topped with with lettuce, Yellow, and Parmesan cheese. It's a popular eat in these parts and as you may or may not know deep fried tacos are my guilty pleasure of mine, well one of them anyway. These were winners, most all are. 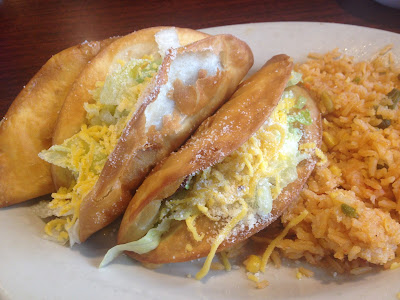 Bonus beer stop at the Old Bakery Beer Company. Appropriately named due to it's location in a building that was built in 1893 and housed the Alton Baking Company from 1903 to 1926. It was then purchased by a man named J.J Beeby and housed Noll's bakery until 1960. Noll's then sold to Colonial who at the height of production were pushing 2.5 million loaves a year. 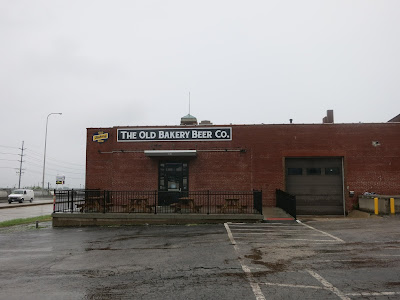 Baking tenants are long gone now there's beer. It's a big ass building and on this on/off again rainy day it was packed around noon. Nice crowd of locals, hipsters, families, trial lawyers etc were there to eat and or drink. It's a huge building so while you make your way to the bar area you'll pass thru a hallway in which the walls are decked out with old pictures and relics from the bakery's heyday. 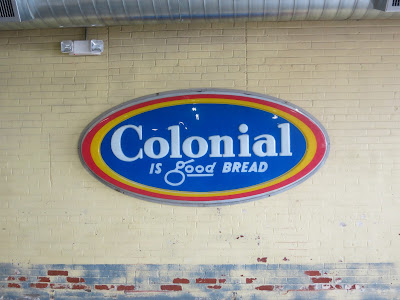 The beers here were excellent. I'm not a beer snob by any means but you wont catch me ordering Miller Lite, Budweiser, etc when out and about, I'd rather just drink water. I forget which two I tried but I liked them both and will be back for more next time I'm in town. Cool spot. 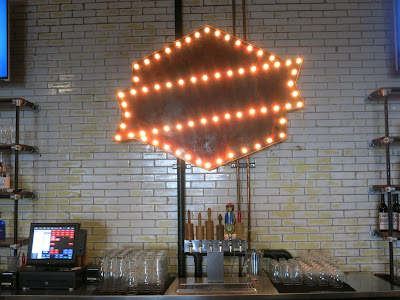 Enjoying a Beer at the Bar