Chicago's Mexican food scene is strong. Strong as in one of the best places outside of Mexico to eat that countries cuisine. But there's still a few things we'd like to see a little more of. This list includes one of my dear loves, fish tacos. I almost chose San Diego recently as a vacation destination because I wanted to go there and eat as many fish tacos as I could find. That's going to have to wait for another time but in the meantime I have five fish tacos in Chicago which I enjoy when the craving for one hits. Mexican Fiesta month rolls on at S'C'&C. We hope you;re enjoying it.
______________________________________

This is the first of a few posts this place will be featured in. Taco Shops open weekly in Chicago and for the most part take some time to catch on, if they ever do. But for whatever reason L'Patron was a big hit in the  as soon as they opened. Now lines out the door during primetime are known to happen. They do alot of good stuff here with the fish tacos being in my regular order rotation. I always get at least one. Ask for them with their homemade tortillas and you got one of the best fish taco options in Chicago. 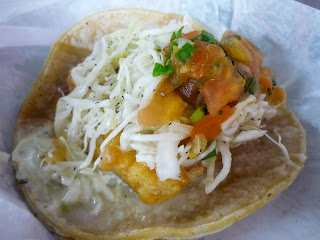 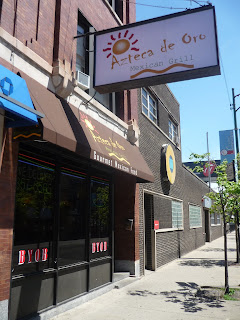 BYOB in Wrigleyville across from the Metro

If you just walk into Azteca de Oro you might decide to walk out. It has the looks and feel of one of these popular Mexican-American "healthy" eateries that are popular in California and now found abound due to the folks over at Chipotle. Don't walk out. While I haven't tried much of anything else here it all looks pretty good when I see it being served. I stopped in for the authentic Baja Style fish tacos served on flour tortillas and have been back a few times since. An order ($9.99) gets you three well sized tacos with two pieces of crispy perfectly fried tilapia fish inside with rice and beans on the side. Some of the best fish tacos in Chicago and the best deal for what you get. 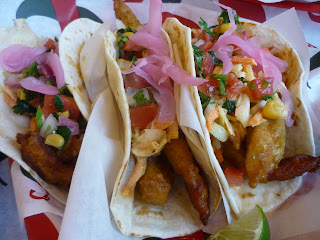 Not much more I can say about a place everyone else gives nothing but praise. When Big Star isn't frying pieces of fish and letting them sit until they're needed the fish tacos there arent half bad. Sometimes they're a little skimpy on the fish but I like the crispy cabbage toppings and chipotle mayo they use on them. These on a nice summer day sitting on their patio with a paloma are a good way to eat and drink. 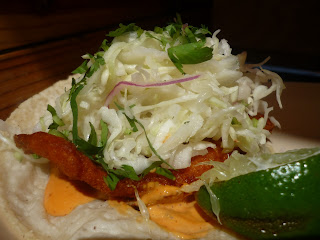 "Upper Class" tacos became big when Big Star burst onto the scene. It wasnt long after that other places followed. One of the more recent ones is Takito in Wicker Park where they feature Mexican inspired cuisine with the help of an executive chef. I've only been once but cant wait to get back. I'm usually quick to stay away from these places because many times the hype doesn't match the product but as far as their crispy redfish tacos go, they sure do in this instance. Served on a hibiscus tortilla and topped with jalapeno slaw and a coconut custard with basil I think these are the best "fancy" tacos in the city. I love them. 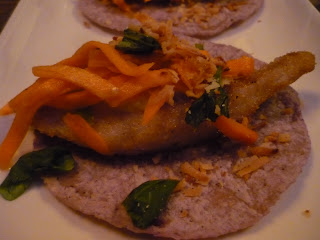 Away from the concentration of "hipsteriffic" taco spots in Bucktown is Taco Joint in Lincoln Park. It's similar to both the last two stops on our tour. It had been a year+ between visits for me when I stopped in for some food and drink on a nice Chicago afternoon recently. They have a bigger taco selection than the other places do including both a beer battered fish taco and also a ceviche option. The Victoria beer battered ones are pretty good and come on house made tortillas but I prefer their ceviche taco. Served in a crispy freshly fried shell with some cabbage on the side at $2.50 these are also a pretty damn good deal. They just opened a 2nd location in River North. 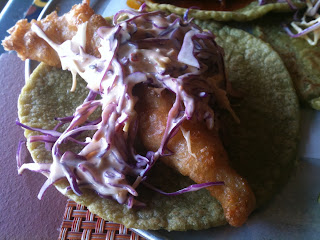 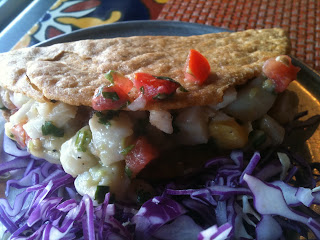