Grubbing in Madison
-Where the locals, students, politicians, hippies & everyone else eats.

College is back in session and football season is about to begin. Where in the world do I start when it comes to the celebrated city of Madison? the great state of Wisconsin's capitol, a Big Ten fixture and another amazing eating city for both meat and veggie lovers. I was lucky enough to spend a few years drinking in Madison during both the Wisconsin winters that sucked-but you drank to get through them and then the summers when the city turned into a whole different vibe. I still cant decide which one I like more but both made Madison the best little city in America and the best college town anywhere.

If you want to be considered an amazing college town you better have a few things down pat. Not only is Madison a city that boasts more bars per capita than anywhere and a great drinking town but its also has the best eats of any college town around. I will argue that with anyone who think they know of a better one. So with that here is the first of many into the Madison eats section here on chibbqking. 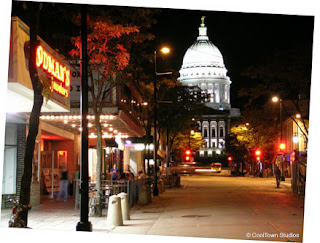 Well I got back up to Madison for the first time in a year or so this past weekend for a bachelor party and although I didn't have my camera on me half the time (cameras aren't allowed in all places we were headed too) I was reminded of a few things. A few of which I will share with you today. I said it before and I'll say it again-there is nothing close to as good as New Orleans Takeout as far as Creole food goes here in Chicago. Its the real deal. Owner John Roussos might as well be born and bred and serving Creole food to the people of New Orleans because it is that authentic. However he is actually a native New Yorker who spent most of the 70's learning the French inspired cuisine in New Orleans and now going on 20+ years has been serving his recipes in Madison, Wisconsin. Make sense? 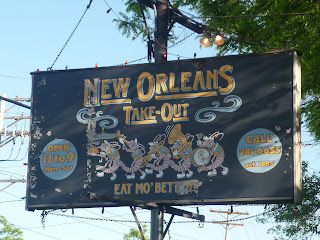 My favorite eating spot in Mad City...bar none

NOTO has two locations one is next to the popular Mickie's Dairy Bar near the football stadium and one on Fordem ave just off Johnson (about 10 mins from downtown) and I always liked the original more for the feel and food. But I cant really say there's much of a difference since both places are spot on. As far as the menu items it includes all the Creole classics. The cuisine is native to New Orleans and French inspired with roots tracing back to African, Spanish and Italian. I seriously like it all including the daily specials. Click here for the menu. On my most recent trip back to Mad I only made it to NOTO once and was not happy. I will get back there soon but here is a look into what I had. I would say I ate here three times a week when I was in Madison. 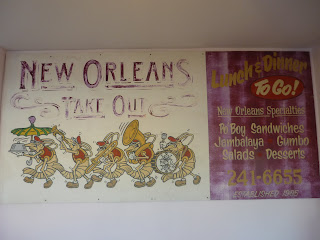 Everything pictured was amazing as are the sides of French or corn bread that come with each order. Each order seen is actually a small order with two sizes being available. The price is right and the food is great. I'm glad to say that spot that I ate at most during my college days didn't turn out to be some crap I just liked b/c it was cheap, they delivered and tasted good when stoned. 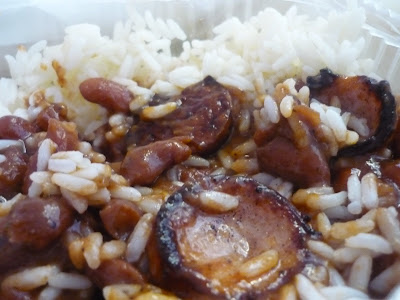 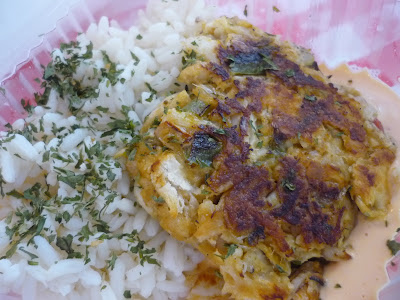 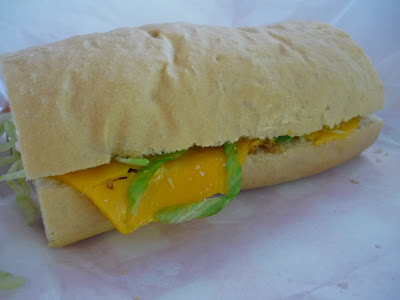 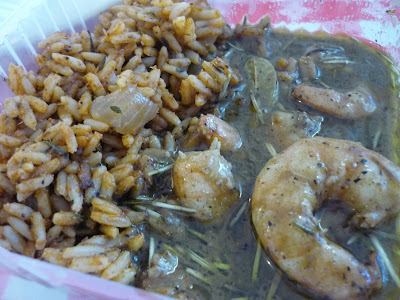 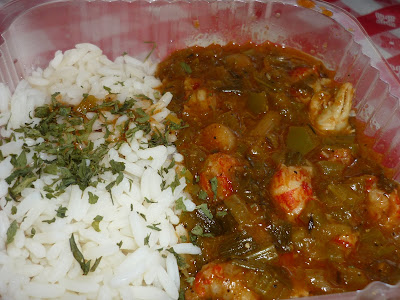 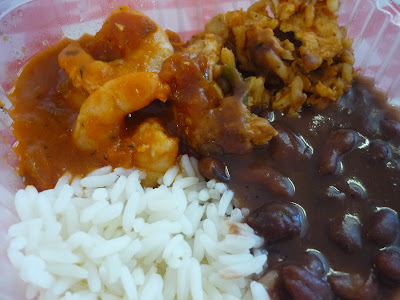 My only regret was upon walking out I saw a couple young guys chowing down some fried wings. They are masters of the golden frying process and these smelled and looked so, so good that I was pissed I never tried them before. Next time. Its impossible to pick a favorite dish so I wont but these were my regular ordered items when I ate there often. New Orleans Takeout is celebrating its 20th anniversary and I cant wait to get back. If your a student or have students at Wisco then make sure you try this place out-its slap your mama good. EAT MO' BETTAH! 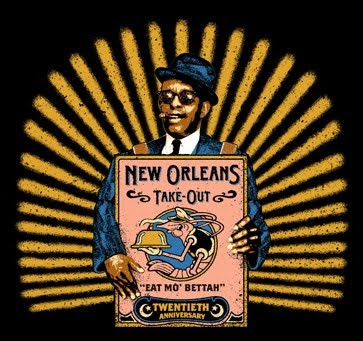 I hope you'll check back often to scope out my other favorite eating spots in Mad City. Wont you come on the block with me? If it was around five years ago and way before I was there then trust me I have been. Since you know I know my way around Wisconsin. See ya next time on Sconnie eats from a Windy City Citizen.