-Grubbing in Chicago
New to the Scene

Chef Erick Williams of Virtue has added another spot to his growing portfolio with the opening of Daisy’s Po' Boy and Tavern in Hyde Park. The James Beard winning chef wanted to open a place where people could watch a sporting event while eating some good gameday grub. Even if you’re not hungry it’s a place to grab a drink and catch a game or just hang out with friends. I was invited to come check it out and brought a buddy who’s a Hyde Park resident that likes to get out and about. 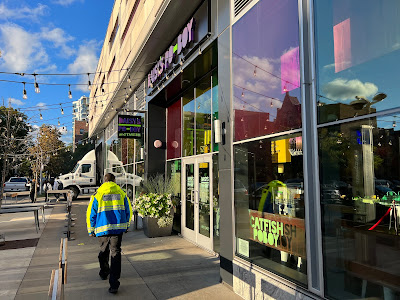 At heart this is a sports bar but it’s also a place where live music will be played and in a lot of ways it reminded me of a Lettuce Entertain You type of establishment as it’s big and bright and inviting. A smoothly run spot that can get very lively. The vibes on our weeknight visit were excellent, not just at the restaurant but in the neighborhood as a whole. We walked past a Sweetgreens to get there so places like Daisy’s are much needed in this area with a deep African-American history. The ordering process is pretty simple in that you walk up to the counter where you place order and pay. After that you find some seats and your food is brought out to you. Patrons sitting at the bar are served by the bartenders. As far as the drinks go they offer a nice selection of alcoholic options including big frosty mugs of ice cold Abita Amber and traditional NOLA style cocktails like a frozen hurricane that was great for dessert. 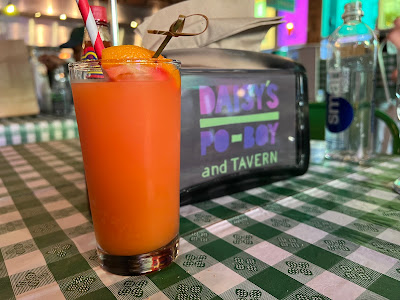 The food is an ode to New Orleans, the cuisine which has basically been adopted by America as a whole as places like Daisy’s are commonly found across the United States. But Daisy’s does it better than most of them outside of Louisiana. The menu features all the classics including gumbo and red beans and rice. I tried both of those and each of them were done really well. The seafood gumbo has a nicely colored roux and leans thick which will pair well with the long Chicago winters. The red beans and rice hit the spot but I still haven’t found better than Popeye’s as far as around here goes. 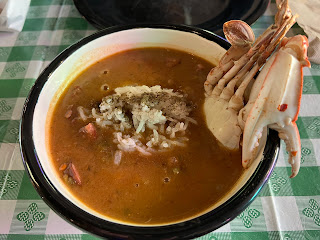 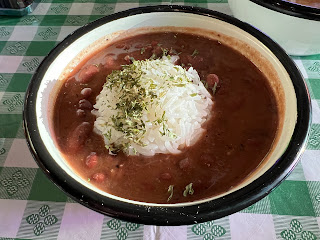 With them putting po' boy in the restaurants name I figured they would be taking those seriously and it shows in the bread which they get shipped from New Orleans. It’s pretty fresh despite the fact it’s not made here (French bread can go south pretty quickly). I tried a fried shrimp po' boy bc that’s the classic and although it’s a pretty straight forward sandwich it’s not easy to perfect in part bc the frying job of the shrimp needs to be pristine. Daisy’s accomplishes just that with crisp and plump gulf shrimp that overflows from inside the roll. The combo of fried shrimp with lettuce, tomato, and creole mayo on fresh French bread is one of the worlds best regional sandwich recipes and Daisy’s does a very good version. I left impressed with just about everything so I’m already thinking about when I can return to try some of the other po' boys like the bbq shrimp and homemade hot sausage. The food is not an afterthought at this sports bar and for that I can’t wait to get back and catch a game while grubbing. 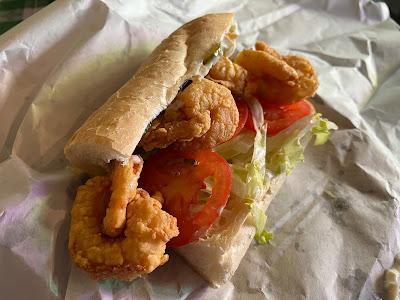 I will get here one of these days. I did visit here when it was the Chicago taproom for the Jolly Pumpkin Brwy. That accounts for the peculiar layout of the venue.