In case you missed the announcement this week is 'Black Restaurant Week' in Chicago (Feb. 10-17). According to the CBRW website - "In 1926, Dr Carter G. Woodson founded ``Negro History Week``, which fell on the second week of February. In 1976, February became Black History Month. While our Designer was busy creating Chicago Black Restaurant Week, she decided to honor Dr. Woodson's initial legacy by placing CBRW during the second week of Black History Month" Let's check one out in celebration of all the African-American men and woman who contribute to Chicago's hospitality industry in major ways. 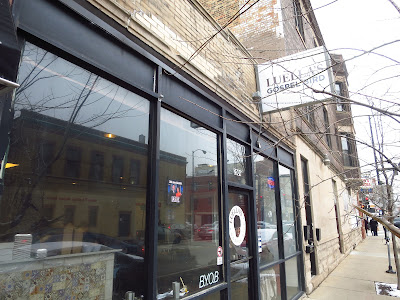 Luella's Gospel Bird is the second restaurant from Chef Darnell Reed. His first place is Luella's Southern Kitchen in Lincoln Square. I'm a fan of the home cookin' at Luella's Southern Kitchen so I was excited when I heard they were opening a second spot with it's own focus. That said the food at Luella's Gospel Bird is much like the stuff at Southern Kitchen. By which I mean delicious. On our fist visit it was brunch time so the menu is slightly switched up from the regular lunch and dinner. Don't fret bc the Georgia style Shrimp and Grits are fan-flipping-tastic. Every component of this dish rocks. From the super smooth and creamy grits infused with bacon to the plump Gulf shrimp. Money. 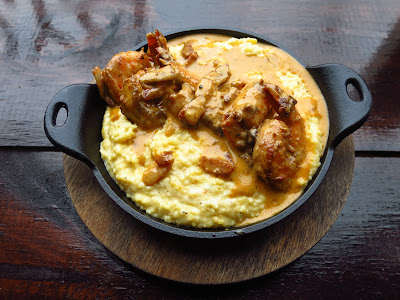 But the star of the show here is the namesake gospel bird. They have regular fried chicken too but they have a unique style that mixes a couple favorites. They take a classic fried chicken and slather it with a Creole barbecue sauce. It's pretty unique and that's something that isn't all that common amongst fried chicken recipes. Sure the crust can differ here and there but I'm not sure I can recall ever having fried chicken that was similar to this. It's pretty damn addicting. It's both sticky/crunchy. 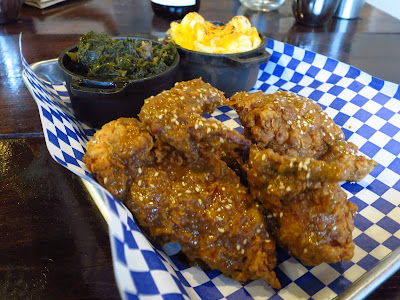 I read over at Eater that Chef Reed was inspired by Adrian Miller's 'The Soul Food Scholar' book which details how fried chicken was a special occasion meal for African Americans down South. The creole bbq sauce used on the gospel bird isn't from any region in particular. It's just an ode to the bold flavors you'll find in Southern cooking. Made with Crystal hot sauce, Worcestershire sauce, and Creole seasoning it packs a wallop of flavors that coat the fried chicken like white on rice. 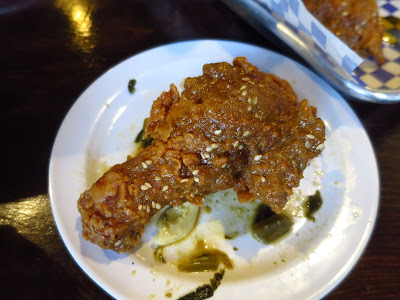 As mentioned they also have a standard version of southern fried chicken. If fried chicken isn't your thing they also have a smoked jerk chicken on offer. I've heard everything is fantastic and that's not surprising bc everything I've had has been good. Even the sides are top notch. I feel like to get the ultimate beignet experience one must enjoy them in the courtyard at Cafe Du Monde but an order from here was good nonetheless. In a neighborhood that doesn't see many exciting openings this is most certainly one. Luckily for all the locals seem to have embraced the bird as it's looked busy. 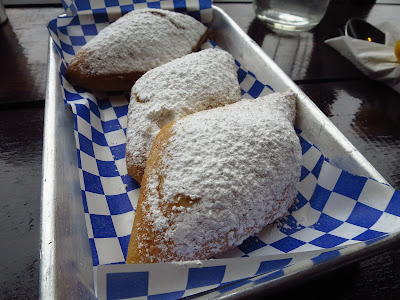 I have found that this site is very informative, interesting and very well written. keep up the nice high quality writing Things to do