-Grubbing in Chicago
Burmese and Malaysian Food on Devon

Today we visit one of my favorite openings in a long time. It is with great pleasure that I announce the news to those who did not know that Chicago now has it's own Burmese restaurant. Even better we get a Malaysian restaurant with it as well. This isn't breaking news by any means as I first learned of Family House's opening back in November of 2017 which is right around when they opened up. 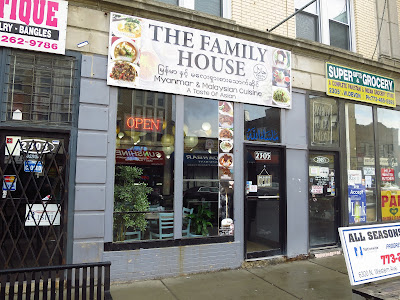 I learned of the opening over on LTHforum and after a few more than positive posts I made my way over there as well. I wasn't the only one. Mike Sula always quick to show love to the mom and pop spots was on assignment for the Reader right away. In his very favorable review Sula gives the lowdown on the history of Burmese people in the States. While here they're not everywhere. Areas like Ft. Wayne, Indiana and some parts of California post a nice size population but Burmese food just isn't something you'll find in every town or even in every state. Thus it kind if has this mystique around it in the food community. It's a cuisine people seek out when in places like San Francisco. 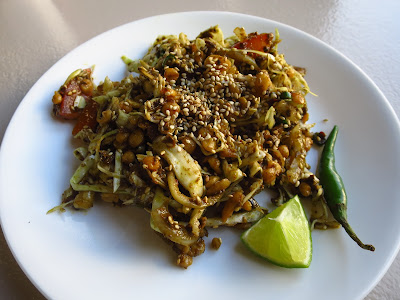 The first dish most every Burmese food seeker will try is tea leaf salad or laphet thoke. I'll leave it to the expert Sula and quote his description of the dish - "sour, deeply funky fermented green leaves tossed with shredded cabbage, roasted peanuts, toasted sesame seeds, and fried split soybeans that together perform a veritable symphony of crunchiness." That's a spot on assessment of a dish that's become one of my absolute favorites especially when it comes to meat free options. No picture but there's also a mango salad that's spectacularly funky / fruity. Burmese salads are a culinary joy. 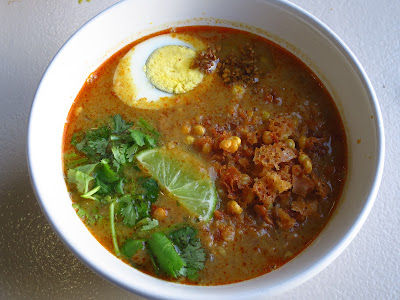 Burmese Mohinga at The Family House

The other Burmese item worth getting on your first visit is the Mohinga soup. As Sula stated this is a popular breakfast dish in Myanmar and since he's so much better at describing food I'll quote him once more so make sure you read the article. About the soup above he says this "sour, deeply funky fermented green leaves tossed with shredded cabbage, roasted peanuts, toasted sesame seeds, and fried split soybeans that together perform a veritable symphony of crunchiness." It's a gem of a dish. 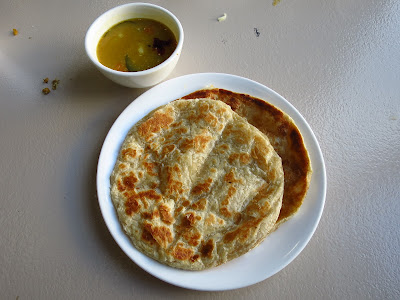 Rote with Potato Curry at The Family House

Now here's where it gets really cool. The Family House is also a Malaysian restaurant. That's because the family that owns the place fled to Malaysia from Burma in the late 70's. So they know both cuisines pretty well. I dont know either of them too well so I cant tell you if the roti is homemade made but it really hits the spot for those of us that like well buttered pastries. I also really like the potato curry which you use to dip it in. At just $3 it's a steal of a deal. If you like fried rice they have an entire section which goes by Nasi Goreng in Malaysia. Below it's wrapped up in an omelette. 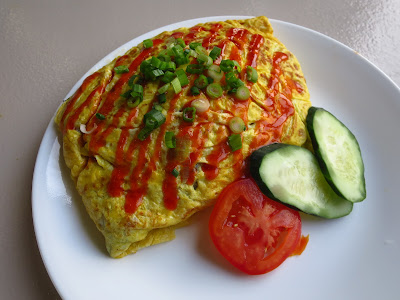 Speaking of absolute deals the iconic Malaysian dish known as nasi lemak is one of the best plates of food in the city at it's price-point. For just $7.95 (less without chicken) you get a plate of tender chicken with fried anchovies, roast peanuts, sliced cucumbers, hard boiled egg, and Sambal chile paste. It's the closest dish to Asia I've had since we returned from our trip there last December. All in all this little spot is putting out some really wonderful food at a damn near unbelievable price-point. 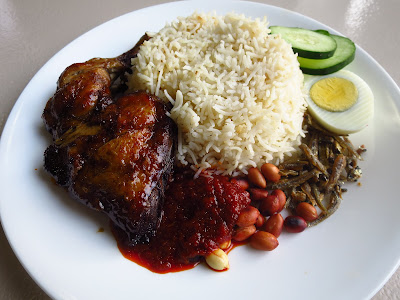 Nasi Lemak at The Family House