The restaurant openings in Chicago have been lackluster of late. This is totally understandable when you take the pandemic into account and everything that's come from it and or been revealed during it. Who would want to open a spot right now? Well some people are still brave enough with no fucks left to give though in many cases they're not offering anything interesting you want to run over to try. One exception of late has been TriBecca's Sandwich Shop which had the good fortune of being an entity before their recent opening on Belmont in Avondale. They first popped up in Revival Food Hall. 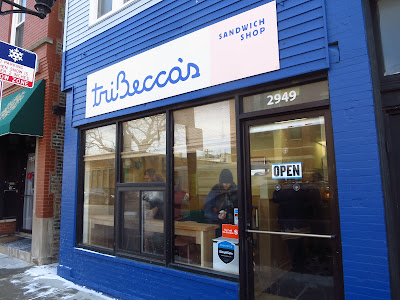 TriBecca's is the project of Rebecca Grothe, a former cook at Honey Butter Fried Chicken which is where this story begins. Before they did an extended stay at Revival they were serving Cuban sandwiches at Honey Butter's pop-up dinner series they used to do. It was from that which the opportunity to do Cuban sandwiches at Revival Food Hall came about. After their short stay over there the pandemic hit but they just opened a brick and mortar on Belmont east of Sacramento. It's a sandwich shop that features the aforementioned Cuban sandwich and a variety of other offerings a couple of which pay homage to it's Midwest location. The space is small with just one booth and a L shaped counter that extends around it. Also of note is the partnership with Tuber's Donuts, another pop-up that's now full time. I visited with my mom, bother and niece so I got to try most of the menu items that were tempting me to visit. There's a selection of veggie offerings as well. A fun stop. 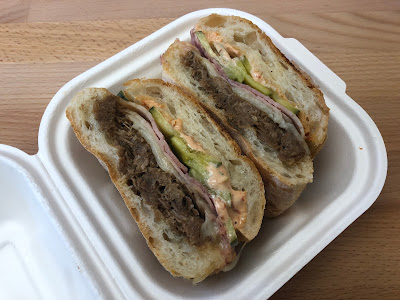 The Cubano- High quality ingredients all around though the use of a ciabatta bun and a chipotle aioli makes this one more of a Snowbird than a true year round Floridian. Nonetheless an excellent sandwich that’s portioned just right for a Cuban. 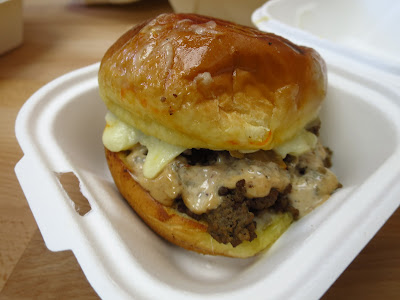 The “Maidwrong” - An ode to one of the Midwest’s most polarizing sandwiches, the loosemeat or the “Maid Rite” when ordered at the regional chain of the same name. Ground beef is served loose with classic yellow mustard in use but that’s about it as far it being made right as this one also comes with agrodolce grilled onions, steak sauce aioli, and Muenster cheese on a buttery bun. This was a decadent big city version of the small town favorite. 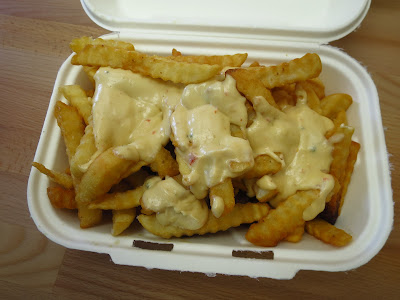 The Horseshoe - Another loved / hated Midwest classic that’s typically found in and around the state capital down in Springfield. You’d think there’d be more spots around Chicago doing these but then again the rest of the state is almost in a different world than those of us up here. This one is also dressed up for a night out on the town as it’s made with two Slagel Family Farm beef patties, Pullman bread, crinkle cut fries and a pepper-jack cheese sauce. Tasty but it needed more sauce which was also a bit too thick. 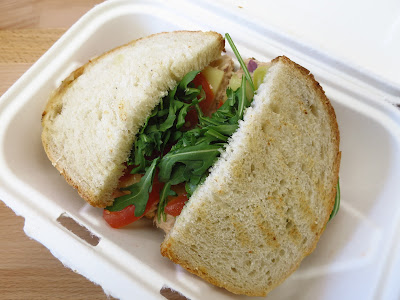 Spicy Tuna Melt - I love a good tuna sandwich and this was that. Made with well sourced ingredients such as Mighty Vine tomatoes, Pickled Prince banana peppers and pHlour Bakery sourdough on top of high quality tuna, white cheddar, arugula. The use of top shelf ingredients made this simple sandwich a succulent one. 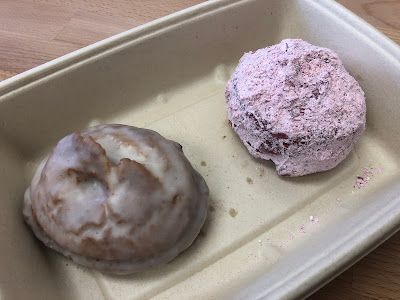 Tubers Donuts - So glad I finally got to try these potato based donuts one of which comes served up as a loaded baked potato. I’ll have to try that next time as we went with a couple of the sweet options, one glazed and one dusted. A great addition to the Avondale area.

I've visited here once. I will go here again soon.
I mostly want to mention, depending on when you go here, this is another place which you can carry out to the Beer Temple two blocks east.