-Grubbing in Chicago
Food from the Chicago Covid Summer

As 2020 comes to a close (get lost) so does the city's indoor drinking and eating, yet again. The government response to basically let our restaurants die while they vacation on the tax dollars each place has to pay as one of the most regulated industries in the country is gross. It's pretty ass backwards if you ask me. It's bleak looking and the fact that both local and federal officials haven't been able to save one of the things that actually does make America great, our restaurants, is an indictment against every elected public official in office. Many of whom dont play by the rules but there's no industry with more rules than selling food and alcohol both in this state and the country. Much of it is racism and the rest of it is pay to play type politics. The end result is tons of places and people having to figure out how to survive during this time when the entire industry has been flipped on it's back and kicked while down. Some restaurants have switched up menus and some restaurant workers have taken stuff into their own hands after losing jobs and having little options elsewhere. Here's some of the dishes I've had from people and places effected by covid this past summer. 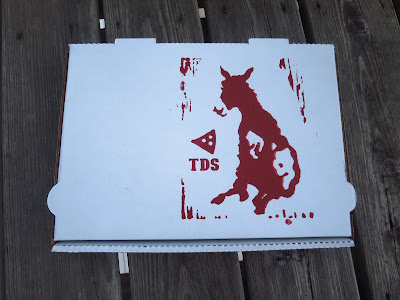 Table, Donkey and Stick
In Logan Square the team at Table, Donkey, and Stick was one of the first to pivot to pizza during the states first no dining inside ordinance. Pizza being perhaps the most popular switch that many kitchens across the city have introduced since covid came calling. They're doing a Sicilian style pie that was one of the highlights of this miserable year. The dough on this is like that of high quality loaf of bread. Impressive considering this idea came about in about a couple weeks time. They're now one of many pizza spots to have popped up during the corona restaurant catastrophe. It might be the one good thing that's happened to the Chicago dining scene this year. The pizza in this town is all sorts of diverse these days. All that said TDS is also a really good neighborhood date night type spot and it would be a shame to lose that aspect of the business. Lets hope we can all get through this winter. 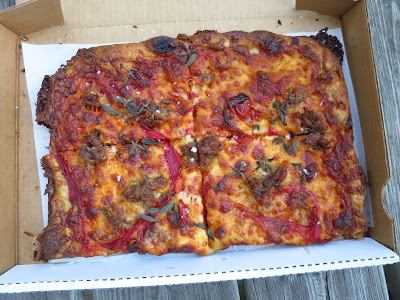 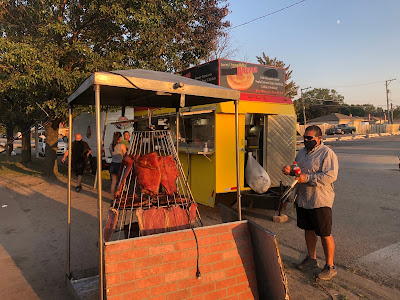 Rancho Mateo de Movil
This summer we saw an influx of street vendors scattered across the city's streets. One such hot spot is the area around 43rd and Cicero, just south of the highway. The guy behind this eye catching setup is the son of the father who runs a restaurant of the same name in New Jersey. Colombian grilled meat sessions are what they do. Check out that grill setup! You don’t see that every day. Just Friday’s, Saturday’s, and Sunday’s but no telling what their schedule is during the winter. Steak, ribs, pork belly, and turkey legs are what can be found on the unique grill setup which uses charcoal and a rotisserie like rack that holds the meat and goes around in circles. They have a salsa bar like that of a Mexico street taco stand with tons of sauces on offer. Plus arepas con queso and empanadas. 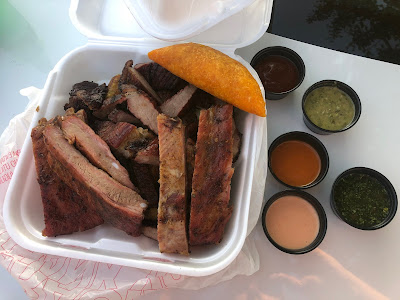 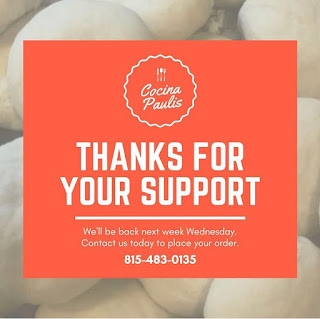 Cocina Paulis
Chicago has what's probably the country's best Mexican food east of LA. It's the city's strongest culinary offering. But some reginal dishes are harder to find than others. Borderland cuisine is one of them. There's a few options and most of them are good but this family selling homemade flour tortillas has filled a hole. The Chicagoland area has lots of purveyors of corn tortillas and some of the big ones make flour tortillas too but everything about them is wrong. Follow @CocinaPaulis for info on how to place an order for flour tortillas and breakfast burritos estilo Nuevo Laredo. They make Northern Mexico / Southern Texas quality flour tortillas and burritos (Wednesday’s) and red hot Quesabirria (Friday’s). Available for pick-up or delivery in the Berwyn area. The tortillas make for great fajitas. You can also follow @TianguisChicago for more tips on mom and pop start-ups like this. 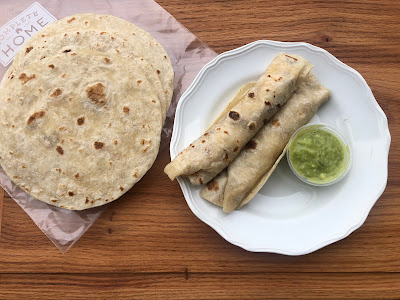 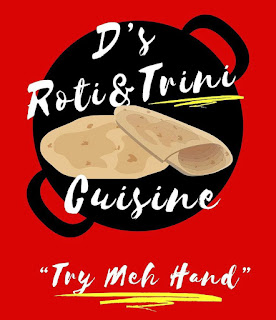 D's Roti & Trini Cuisine
I hadn’t had a Trinidadian Roti since the day the NBA paused play when I was down in South Florida. That’s bc there’s not a spot in Chicago or even the state that makes them. Save for this terrific pop-up run out in Dolton by @ds_roti_trini_cuisine. I don’t live close to the south suburbs but they’re much closer than South Florida or Toronto. Both areas are home to large Trinidadian communities. Roti is one of the country’s most popular dishes mixing African + South Asian flavors into a handheld wrap. Below are bone-in goat and Ital (curried potato and chickpeas) with a cup of curried mango slices. 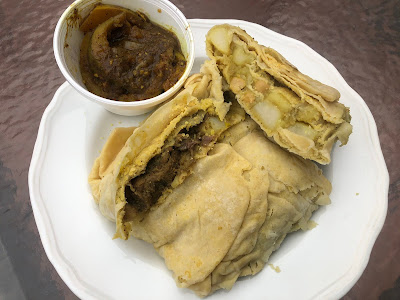 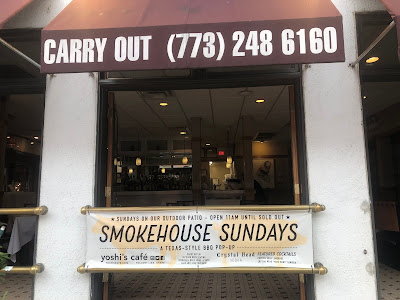 Yoshi's Cafe
Yoshi's Cafe on Broadway has been a part of the city in one way or the other since the 70's. That's when the restaurants namesake came to Chicago to learn French cooking and later he opened Yoshi's Cafe. Almost 40 years later they're still hanging on but there's no doubt covid is testing their limits. They've introduced Smokehouse Sunday's which features Allen Brothers Prime Smoked Brisket among a handful of other options like tempura battered vegetable of the day tacos and macaroni & cheese. The brisket is sold by the 1/2 and full pound and they offer up made on site corn tortillas as an instrument for eating the brisket if you're so inclined. Both bbq sauce and a tomatillo salsa are offered on the side. To me the brisket taco is the epitome of Tex-Mex. They're really good though not something you'll find regularly in Chicago like you would down in Texas. So I enjoyed these and the memories of past trips to Texas that they bring. The mac and cheese was just ok. 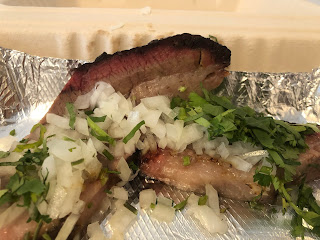 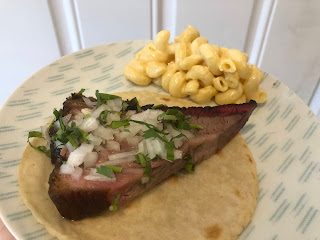 Really great work, please update your blogs in future so we can read the blogs whenever I free.

Escort girls in Delhi make independent Brahma; Delhi call girls are always ready to serve you for interested people. Call girls in Delhi have been placed in many categories. Surely we are available according to you, you can come on our website and contact us. Delhi Escort Service

Welcome to Gurgaon Escort Service. We provide one to one sexiest girls and provide cheap service rates. You can visit our website to take advantage of the service. Cheap Escort Service In Gurgaon