Places like Mickey's are a rare breed these days in and around Chicagoland. Its not a chain or franchise and its been family run since it first opened in 1959. They've been a big part of the neighborhood ever since Mickey Sangiacomos' wife Ann bought a used car lot on Manheim (that was an A&W stand before that) for $500 with a loan from the Bellwood bank. Its still in the same lot today. Lets take a visit. 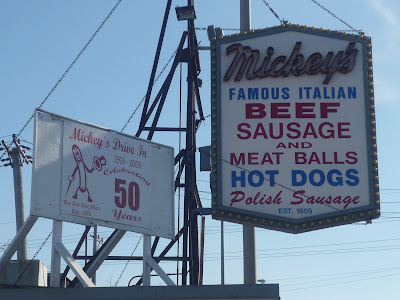 Mickey who's wife was inspired by the food carts of Taylor St and wanted to have a hot dog cart of her own now had a stand, it is called a drive in because in the original building there was a drive up window for patrons. The hot dog joint was helped off the ground by Mickey and Ann's good friend and neighbor Jimmy Faruggia of The Original Jimmy's Hot Dogs featured on HERE before. It's been a great run since they first took off and they now have tons of loyal customers and are also a member of the Vienna Beef Hall of Fame. 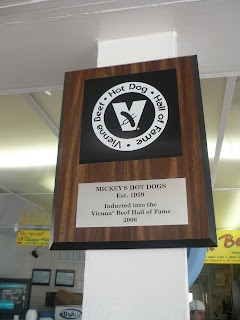 Inducted into the VB hall of Fame
When they first started a hot dog and fries was just 37 cents. Ann would work long hours and the kids worked the register after school growing up at the stand. I guess at first they used a tin can cookie jar as the cash register. As the years went on, the menu expanded and it stayed running due to the family's hard work and they eventually opened other stands around town. I guess most of them are gone now but there's still one running in Villa Park. Mickey's has been a favorite of mine for a few items for some time. 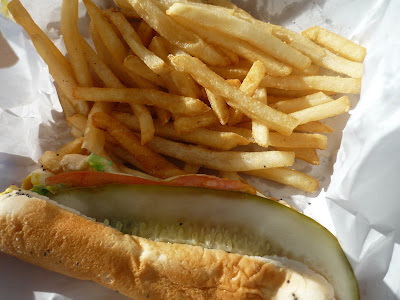 The dogs have changed over the years because they started off ala Jimmy's with his help and Gene and Judes and the minimalist stands around town and also used to do fresh cut fries. The dogs now come with tomatoes and a pickle spear on a poppy seed bun and the fries are similar to McDonald's. Its still a good dog that I get now and then. I also like their homemade Sloppy Joe's which I also get every now and then. It is true that sloppy Joe's are best made at home to your liking but these are good and great for a quick fix. 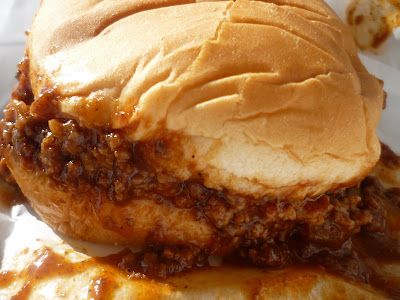 I will also post my full thoughts and score on their beef over at "Whats Your Beef?". Its not one of their better menu items, at least not the last one I had which was the first in a few years. It is nice that they have a mini beef, which is pictured here. I believe they have a dog/mini beef combo ala Nana's in Streamwood, another spot I should get around to posting my pics from. 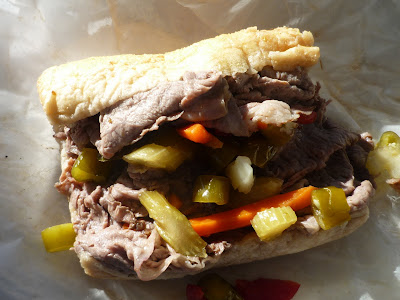 But the item that keeps me coming back to Mickey's is their Polish sausage. Its one of the five best in the city and on my All Chicago Style Polish Sausage 1st Team (another post coming). They take a Vienna natural casing, slit it up and throw it in the deep fryer and top it with grilled onions and mustard (peppers avail too) and throw it in a poppy seed bun. Its great grease eating and as I said, one of the city's best streets and sans type spots. It's still in the family and always filled with locals while carrying on the tradition of their mother. Classic Chicago. 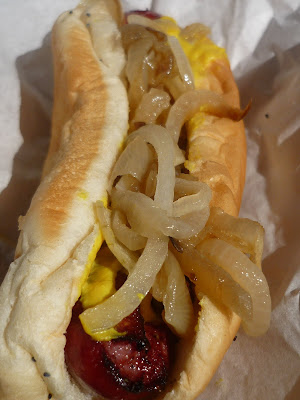 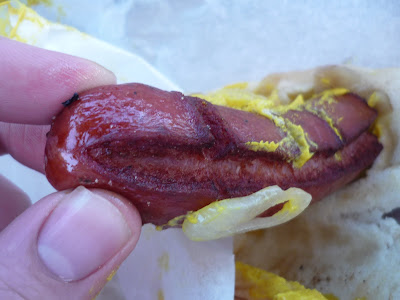 I loved this place in Chicago, nothing quite like their fried polish