Despite the fact that there’s still plenty of hot dog stands around town there’s even more that are no longer with us. I don’t remember how long ago Terry’s Red Hot closed but it was one of my favorite hot dog stands back in the day. It sat in a parking lot at the corner North and Larrabee under the El tracks. It was ran by an Asian family and popular with Cabrini Green residents. They made these awesome totally not authentic tacos that I still crave now and then. That plus hot dogs, fried rice, and such. It’s the type of place that’s near extinction as time passes by. But I gotta say I think the current tenant in the same building where Terry’s was at is a great replacement. Kababish opened a few years ago and I was always intrigued but it took me some time to finally stop by this past summer. 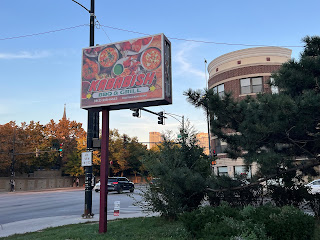 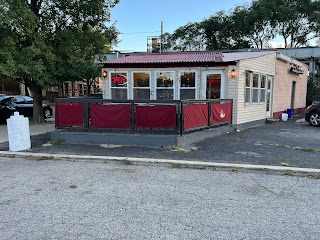 Kababish is a hole in the wall Pakistani spot. It’s similar to the other Pakistani restaurants in the area in that it caters to a mostly Pakistani clientele. They come from all over the city to get a taste of home and in the case of Kababish it sits in a big parking lot so it’s convenient too. I read the owner is a Karachi native and he ran a restaurant over there. The menu features 6-8 pre-made dishes that switch by day. Options like Kata-kat which is a popular Pakistani meat dish originating in Karachi and made from offal and served on Saturdays or Murgh Cholay which is chicken and chickpeas and available on Mondays. But then they also do daily items like biryani and chili chicken as well as grilled meats like chicken boti and chapli kebab that can be stuffed into some warm and fluffy naan. 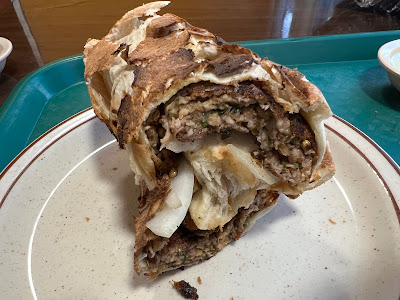 I think the chicken chapli wrap might be my favorite snack in town right now. Both the kebab (which is actually a patty) and the naan are super high quality. It comes with a few slices of raw onion on the inside and a yogurt chutney type sauce served on the side. But my go-to item has become the frontier chicken which is a huge serving of seasoned chunks of chicken seared on a hot flattop with jalapeños and onions. An online search shows this dish is made a variety of ways. What I like about the version served here is it’s dry (no tomato gravy) and made with an attention to detail that other versions I’ve tried have lacked. The meat is seared in a way that it isn’t steamed. Same goes for the jalapeño and onion, they’re crisp and not mushy. All of that paired with soft and fluffy rice plus warm made to order naan makes for a super satisfying meal(s). They don’t open until 4p but don’t close until 1a so it’s also one of the few spots still staying open relatively late. Visit on a weekend around dinner and you’ll see just how popular this place is with the city’s local Pakistani community. 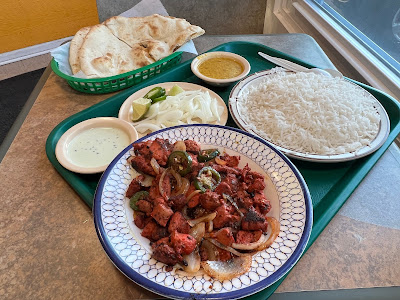 I LOVE Pakistani- "Dhabaa's"-
a term for a road-side, cafe's,
which are NOT about the design or decor,
but about the food.
Babba's Place- when it was on Hubbard and Franklin was my "Go to" type of Dhabba, for years, before
they relocated to Chicago Ave. @ Orleans. It was there- the quality declined, precipitously.
Getting "Delhi-Belly" (or Karachi-Belly in a Pakistani joint) is no fun, and I suffered plenty, exploring small Taxi-Cab-Drivers
spots over the years.
Frontier Chicken and Chili Chicken are always a must.
As is Chapati or Garlic Nan.
As is Dal- or in the case of Mr. Kahn's on Western/Devon- 'Dal-Fry"....a unique item with richly cartelized onions floating
around in the Turmeric-enhanced lentil porridge.

Your write up intrigues me.
The Parking-Lot is a bonus.
Funny- how this location is the (old) Terminus of Route 66/Ogden Avenue.