Roux is a newly opened southern style cafe in Hyde Park. It's the newest project from Charlie McKenna of Lillie Q's. I recently had to meet someone who works at University of Chicago and he suggested we grab an early lunch from here. Breakfast and dinner are served simultaneously. 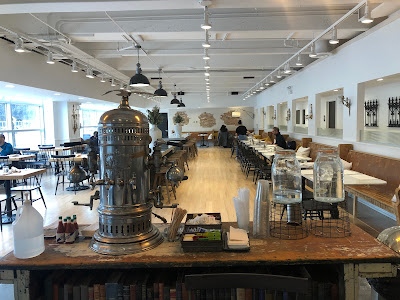 Newly Opened in Hyde Park
First things first it's a very nice space that's just off campus so it should see some traffic from both students and locals alike. The menu is Southern inspired and for the most part it's pretty standard stuff as as far as the menu offerings go. You order before sitting down and then they bring your food to you. An appetizer of deviled eggs was decent but imo tasted too much like just mustard. You only get three which always annoys me as it's easier to share when it's an even number of stuff but these weren't grab another good. I had much better luck with my fried green tomato tartine which stacks a piece of Texas toast with pimento cheese, bacon, fried green tomato with an egg on top. It was pretty excellent but I burned the shit out of the roof of my mouth due to the fried tomato being piping hot. An order of shrimp and grits looked better than it tasted as there wasn't a ton of flavor to it. It was kind of plain. The beignets were pretty good, fresh fried dough usually is but we'd asked to have them after the food other items and instead it all came at once. Not a big deal but attention to the little things is always a big plus. I'd say the addition of Roux to this stretch of 55th st. is an overall plus as well. 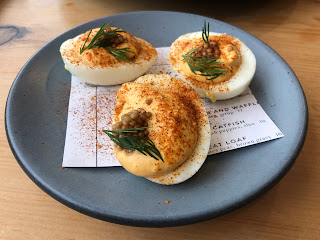 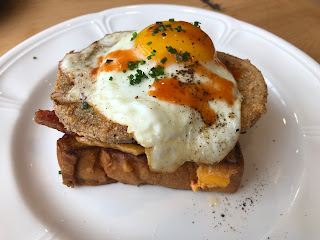 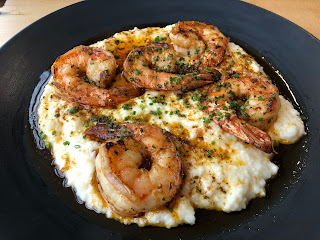 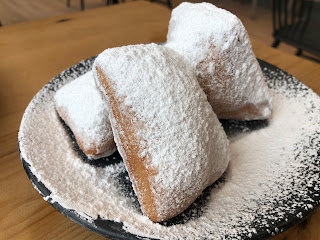 📂 ARE YOU A VICTIM OF AN ONLINE SCAM? Or SEARCHING FOR A PROFESSIONAL HACKER TO HACK YOUR SPOUSE MOBILE PHONE TO KNOW IF HE OR SHE IS CHEATING ON YOU? or HAVE YOU BEEN TRYING TO CONTACT A PROFESSIONAL HACKER! YOUR SEARCH ENDS RIGHT HERE. Here is the reason you need to know about GLOBALKOS.
Globalkos is a cyber security vulnerability coordination agency that enact penetration appraise to help victims who are faced with cyber challenges. Like,
➡️MOBILE PHONE HACKS.(Catching A Cheating Spouse)📲 ➡️CREDIT SCORE UPGRADE, ➡️PENETRATION OF WEBSITES AND DATABASE. ➡️UNLOCKING FROZEN CRYPTO WALLET📲 ➡️EMAIL HACKS ➡️HACKING A FRAUDULENT WEBSITE.📲

To hire a professional hacker has been one of the world's most technically valued navigative information, our community of investigative cohort anonymously spans across the globe making us pretty outstanding on this field. It saddens our mind when a client expresses annoyance or dissatisfaction of unethical behaviors of scammers. This shocking study points to one harsh reality people face today. Globalkos have striven to make tenacious efforts to help those who are victims of this fleas get off their traumatic feeling of loss. However victims lost funds are recovered within a momentary period of time. This is achieved using a session encryption protocol whereby the locations and data of a deceptive provenience are traced into their monetary base systems. The crucial benefit of contacting The Global-KOS hackers is  ZERO TRACE: After a successful hack is carried out by the Global-KOS, no active or passive attacks will be used to trace any of our hacks to our clients or our organization. One common practice that attackers employ to evade detection is to break into poorly secured systems and use those hijacked systems as proxies through which they can launch and route attacks. So in a nutshell, attackers' efforts on this platform are useless. The reason is because our server is protected with a vigorous firewall switching and a firm security system to prevent unauthorized bodies from tracking or modifying our network accessible resources. I.e the hacker and clients are 100% safe and anonymous.  However, the company is large enough to provide a comprehensive range of services. For prolific services and info,  Contact: ✉️Email: theglobalkos@gmail.com  ®Global KOS™ 2022.