-Grubbing in Chicago
"The Restaurant from California"

There's never a bad time for a bowl of pho and the dead of winter is always a good time for one. I noticed a new spot that had just opened up north in one of the commercial lots on McCormick just off Lincoln avenue. It sits one lot over from the popular Pho 5 Lua. I was intrigued when I learned that this is the second location of a Vietnamese restaurant from California. They have great Viet food out there especially in some parts of Orange County. Pho Le 777 comes from Clovis near Fresno. 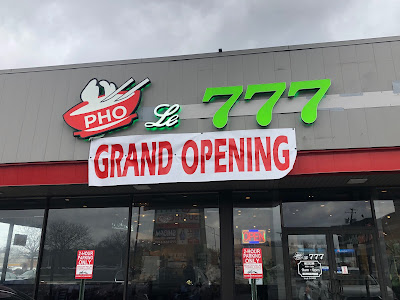 Newly Opened in West Ridge
The menu at Pho Le 777 is pretty standard fare but they also do Chinese Barbecue. There were quite a few mentions for the crispy pork in early online reviews but I specifically stopped in for some pho on what was a cold and windy February day. I always get the bowl that includes all of the meats which in this case is called the Pho 777. It comes with thinly sliced beef both cooked and rare as well as tendon, meatballs and shredded tripe. All of that sits in a big bowl of nicely seasoned broth that was served steaming hot (a big plus in my book). One of the best things about a bowl of Pho is you can personalize it and they had all the options to do so here including some really fresh herbs served on the side. I found Pho Le 777 to be quite satisfying which is typically the case with a hot bowl of pho. 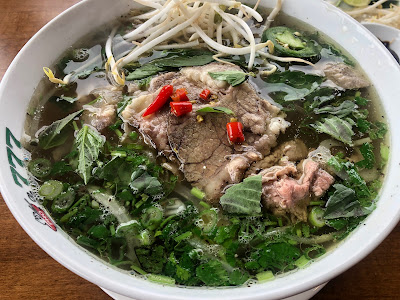 You've shared a terrific topic. Thanks for this wonderful sharing and want to know more detail so please continue. Get Passport any Passport from any Country ,I will also take the advantage to ask for your permission to join our TELEGRAM GROUP