I’ve been wanting to try the newest addition to a stretch of Diversey in Logan Square / Avondale quickly becoming its own restaurant row. There’s some critically acclaimed restaurants found over there and En Passant is the newest of a growing bunch. It opened in July after a year long delay. 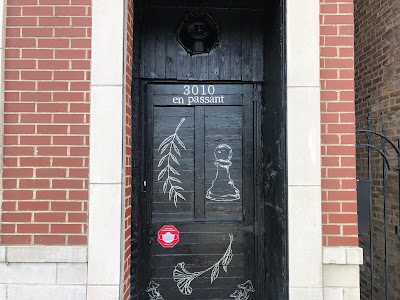 Newly Opened in Avondale
It’s a cozy spot from a restaurant vet who comes from Au Cheval amongst other places. It’s got a little European bistro feel going for it and the menu is intriguing (it changes gradually). I'd describe it as having a bit of influence from both Au Chevel and local Euro bistros. For starters we had an interesting order of crudo made with escolar and a platter of their chicken liver mousse served with an orange marmalade and sourdough. Both were pretty good but I cant quite remember exactly what was on the crudo save for some hoisin sauce (it's since been switched up). For an entree she decided on a fresh blueberry salad as this was the middle of blueberry season when we were visiting. 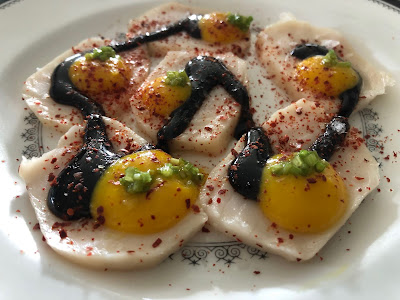 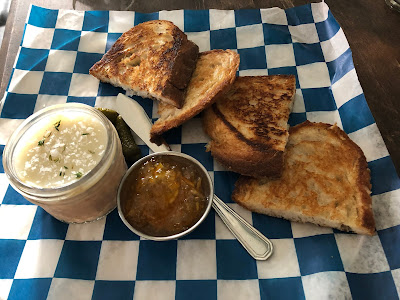 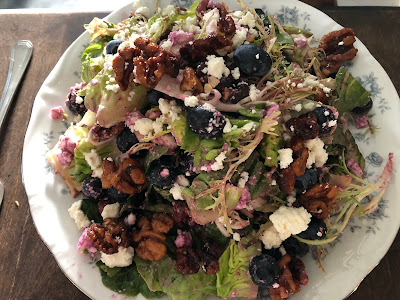 I didn’t go in expecting to get the burger but I’ve been on a bit of a burger binge and this one sounded pretty damn good. Plus I remember reading something that the chef from here had a hand in the making of the now famous Au Cheval burger. While that's not my favorite burger in town it is a hit and this one sounded like it could be even better by my estimates. It’s called the super smash and it’s a double fresh smashed patty with balsamic onion jam, Marie Rose sauce, brioche bun. Add American cheese if you please and why wouldn’t you? This was a gourmet burger in a way that could be described as fashionable but not over the top. Nothing fancy but not exactly traditional. It was dressed up just enough to not hide what makes a smashed burger so great in the first place. This one gets a yes from me as far as being worth it ($13 with cheese). You should probably add a side of Kennebec fries aka roasties which are worth getting even if you’re not having the burger. They remind me of the chunky puppies at Animale (RIP) which were a favorite. BYOB for the time being but you’ll likely need a reservation due to supply and demand issues. There's potential for a great neighborhood place. 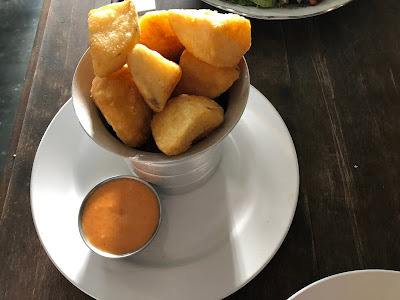 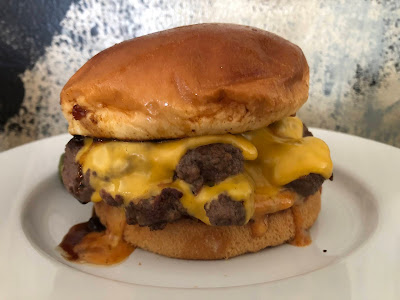