There's been a handful of mariscos spots to open up in the last year or so. Most of them serve up a similar menu of Nayarit driven dishes such "Langostinos" and shrimp empanadas and such. Some are better than others but for the most part they all feel the same. But when Baha opened in Belmont Cragin both the name then some of the menu items caught my eye. It's since been in the Tribune. 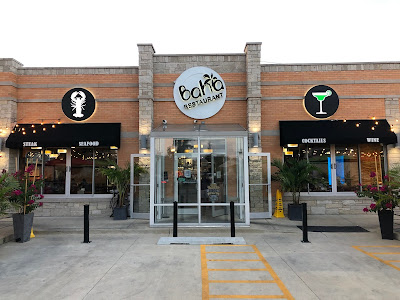 What caught my eye about Baha was a specific menu item that's been a hot trend out west for a little while now. Seafood Torres (towers) are a very popular Sinaloan dish at mariscos restaurants and stands in Los Angeles. They're beautiful on instagram and tiktok so that's a big reason why they're in-demand but they can also be decadent and delicious. It's made by taking a few kinds of cooked seafood and maybe some avocado and or fruit such mango and layering it one by one in a mold that holds all of it together after it's removed (standing like a tower). The torres are typically dressed with a combination of umami packing sauces (ex. Maggi) and salsas. Baha is the second spot I've seen doing these in the Chicagoland area so don't be surprised if they start to pop up more. Check the Trib article to get a peek of these social media stars. Baha makes three versions. Try the Sears Torres. 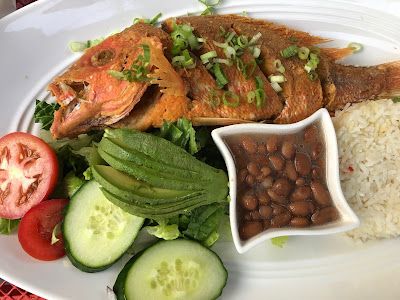 I'm just going to come out of the gate and say avoid the fish and shrimp tacos here. After a wonderful whole fried fish (red snapper) on our first visit we returned not too long after. The Huachinango was much better than I remember any other versions around here being and that includes the popular El Barco. Based on that I decided to try one of the fish and shrimp tacos and they were the most uninspiring fried seafood tacos I've ever been served. Flour tortillas with what looked to be pre-breaded fish and shrimp that was chopped up like carne asada. They didn't ask if I preferred corn until they came out and by then it didn't matter bc they were truly a sad sight (just onion and cilantro). But the whole fried fish is really good as were the beans on the side (requested instead of fries). I should note it wasn't as well fried the second time we got one but that's how it goes in the restaurant world. Another nice surprise was the fact their pescado zarandeado is a split whole grilled snapper, as opposed to just a filet which is how other spots around town tend to make one of my favorite preps of fish. The menu just says grilled fish but I asked and was assured it's bone-in snapper. Not bad for the landlocked Midwest (this dish is a Nayarit specialty also popular in Baja and Southern California). Just request corn tortillas bc it was best made into tacos. Service has been warm and welcoming. 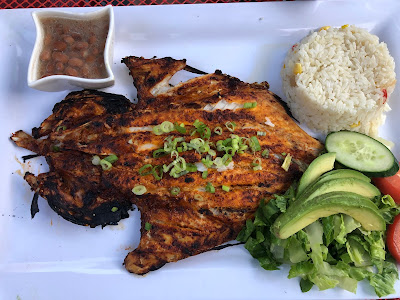