I have another Mexican gem. Or should I say I have another S'C'&C gem. That's bc aside from the locals that live or work in the Belmont-Cragin area this spot is relatively unknown to most. They must've opened maybe four or five months ago. I remember the tenant before them was also a taco spot but it never called me in the way Taqueria Belen did when I passed by. What got me in was the sign on the door talking of specialty dishes such as Tacos de Canasta, Enchiladas Potisanas etc. 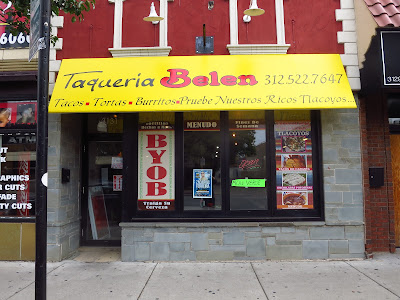 There were quite a few specialty dishes mentioned. Then there were even more when I went inside and looked at the menu. Taqueria Belen is run by three different generations of one family. I was initially greeted by the Mom who called my order to grandma while the youngest granddaughter cashed me out upon leaving. This would be the same routine on my return visits. You don't find many brick and mortar spots that make tacos de canasta. The basket tacos are more of a random street food find in this city. But Belen makes them and from what I could tell they do them the traditional way. I cant say for sure but these came out fast enough and were extra sweaty which made me believe they make them in the morning and keep them steaming until customers order them. It's possible the classic prep is a weekend thing but she said they're always available. I got one of each (potato, beans, chicharron prensado, mole, ????) and they came served with potent grilled onions / pumpkin seeds. This was the first dish I tried at Belen and I knew then and there this place was legit. 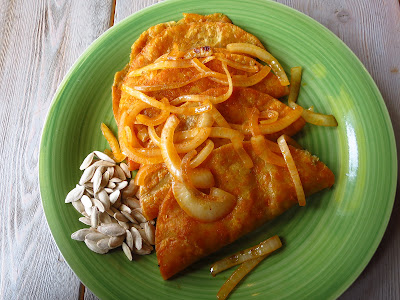 Another one of those specialty dishes that I mentioned was the Tacos Acorazados. These are an even rarer find than tacos de canasta. They're also supposed to be massive as the name translates to battleship tacos partially do to all of the toppings that are supposed to cover them. This very regional taco is found all over Cuernavaca which is the capitol of Morelos. The mom was impressed when I asked if that's where they were from? "How did you know?" Because of the tacos acorazados" I said. She laughed. Typically tacos acorazados are served with milanesa (breaded chicken or steak) as the meat and both rice and beans are used to hold it down on the tortilla. Toppings can be endless which is why it was weird that I got one that was basically naked. Maybe it was a mix up? Still tasty. On another trip I had the pambazo and it was as traditional as they come. They do carne en su jugo too. 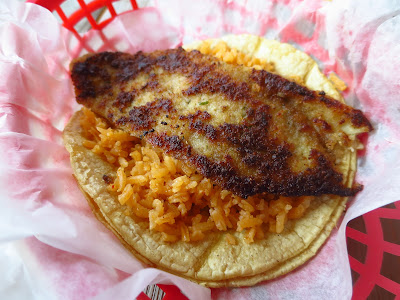 You know what dish seems to be having a bit of a moment? The humble tlacoyo. Not just in Chicago but elsewhere as I've seen it on both trendy chef driven menus and also little mom and pop spots such as Taqueria Belen. Grandma makes these and they're freaking fantastic. Slightly different from others I've tried do the fact they're a bit smaller than most. Which is great bc there's alot of stuff worth ordering here. Also different is the stuffing of the cooked meats into the blue corn making almost an empanada of sorts. The toppings are pretty traditional so this still has the same wonderful taste that the fresh blue corn gives off. I have a feeling you'll be hearing more about this place soon. Stay tuned. 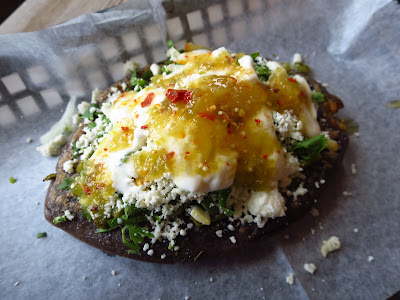 Hey, have you ever been to El Kacheton, 2446 N. Laramie? It was in my Belmont-Cragin roundup a year or so ago but no one's ever told me they went to it. But I hit it again recently and I really liked it (again), everything very homemade and tasty.


Look at the amazing Super bitcoin atm card with free shipping to every country. This will help you to transfer blockchain cryptocurrency balance to real cash fiat money like dollars or local cash with in second and then withdraw it through ATM Machine near to your home.