Hermosa Restaurant is one of the city's more hidden spots. While it's address is on Armitage it's actually off of Armitage on North Kostner. It sits in the same building as Googoo's Table which is a Cambodian owned Chinese restaurant I've featured before. Going to Googoo's Table is how I became aware of Hermosa Restaurant which is a small shop with a small menu and many positive reviews. 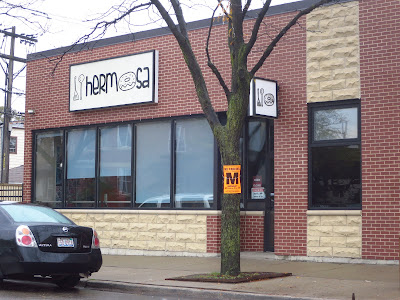 The menu here is sandwich heavy though you can expect to find Chicago style favorites like hot dogs and also hamburgers on the menu. The younger guy who was behind the counter I believe to also be the owner. I read the burgers were good and a friend said the same thing but the Tonkatsu Pork Sandwich is one of my favorites and you don't see it on too many menus so I tried that this trip in. This was a monster of a sandwich which gave it that BPT profile in that it was basically two sandwiches in one. It came served with a Tonkatsu sauce which is like steak sauce and ketchup mixed up together. Lots of fruity undertone in it but it works. The fries are frozen but they're the lightly battered ones I know many enjoy. As an added bonus this place carries Somethin' Sweet Donuts which are some of the city's best. I plan on stopping back in whenever the chance comes. 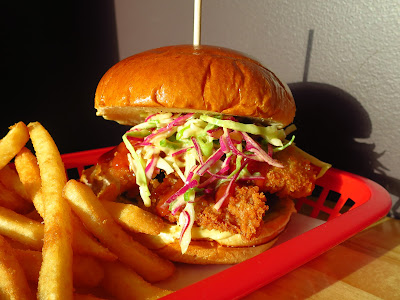