Fall is here and so is football which means plenty of grilling while tailgating. I think one of the best items to grill up at a tailgate are kebabs. The reason for this is you can do all the prep work for them the night before or morning of and then all you gotta do is throw them on the grill. More time for other fun stuff like beer. The other reason being how much they can vary. You can use beef, chicken, lamb and pork and whatever marinade or favorite spices you like as far as flavor. So today I have a few different options for people including recipes and some spots to go where you don't have to do any of the work at all, you just walk on in and buy them premade. So here are some ideas for grilling up during the football fun that has returned.
_______________________________ 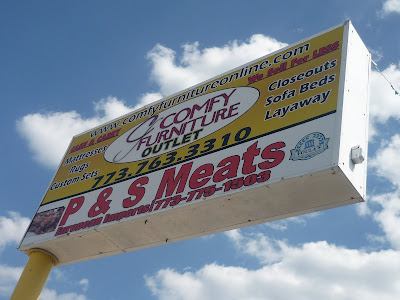 I spied this awesome little meat market one day while cruising north down Milwaukee. It's tucked away and not too recognizable from the outside but the little part it gets on the strip mall sign seen up above got my attention so I pulled over and went in to take a peak. Nice find, so glad I stopped. It's got some meats for your grill and other Mediterranean products as well as some outstanding souvlaki sold by the piece. Marinated and ready to grill they cost a $1.25 a stick and come in beef, pork or chicken. These were great grilled in my yard, in fact some of my favorite I've ever had if not just that. Great stop before the weekend. Pile up on souvlaki and gather some of your favorite sides to go with them at P&S Meat's in Edison Park. 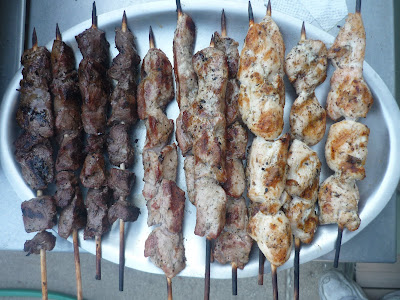 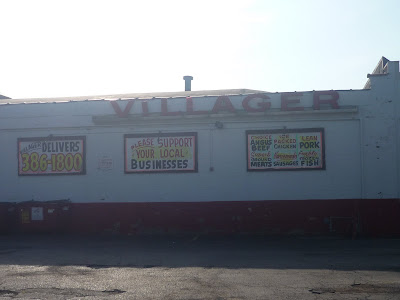 It's too bad the Villager had to close down. I hate to see the small longtime mom and pop shops have to say goodbye and succumb to the big guys. Especially when those big guys tend to suck. The Villager was in Oak Park and I stopped there before it closed and bought some great pre marinated beef kebabs that were ready to throw on the grill. These were the real deal and I looked forward to going back for some more but this isn't the first time I've gone to a spot, documented it and saved it for a post only to have it close. Support local even if they only have a few finds. I would of loved these moist full of flavor kebabs in my backyard. 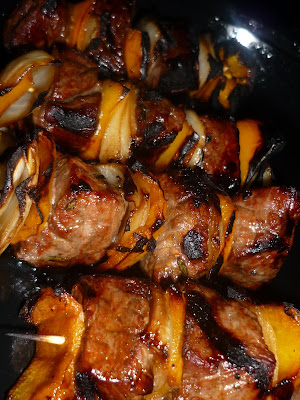 Whole Foods (All Over)

Yes it's become a giant but at least Whole Foods has stuck with its roots and added in some great things such as their meat departments. The one by me in Lincoln Park is quite the spot, the bar there is even respectable. They offer some goof ready to grill item for your tailgate/grill out and it's a nice choice as long as your not cooking for 30. The beef kebabs have always been good and when I want something similar and not too far away, I'll just scoot over to Kingsbury street and buy one or two of theirs. 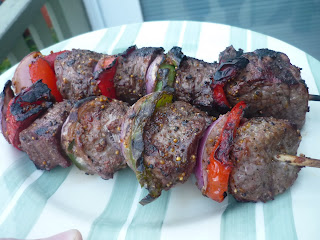 Here is a nice little parking lot recipe for you to indulge in before watching your favorite football team go to battle. It's called the tailgate because aside from the kebabs which just need to be grilled, everything else is pretty much ready to go and made at home. You'll need your favorite recipe for fried rice which just needs to be reheated . The star side dish here are my tortilla-less Tex-Mex fajita shrimps which you will need a little fry pan for. These also make a great taco filling or use the mixture on tortilla chips for nachos.


1) Season or marinade the shrimp with some Tex-Mex flavor and set aside. Take bacon slices and chop into little pieces and throw into skillet. Let them cook until crispy and then remove them and place on a napkin and set aside. Save at least tablespoon of the grease in pan.

2) Throw peppers and onions into skillet and cook them until browned. Remove when ready and then add in shrimp and cook three minutes until done. Throw peppers/onions back in and mix it all together. 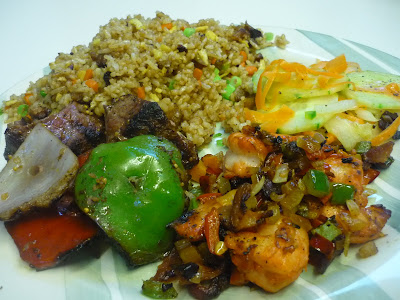 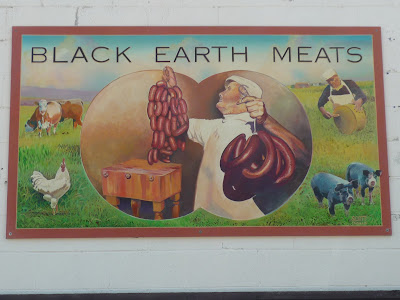 I stopped into Black Earth Meats a few weeks back and loved what I saw. It's a short ride from Madison and they do retail as well as supply some of the great restaurants from around the area. I'm going to do more on this great place which needs to be copy catted by others wherever you are. The USA needs more spots like Black Earth Meats. I picked up a sirloin roast as well as some halal lamb kebab meat and brought it back home with me in a cooler to Chicago. 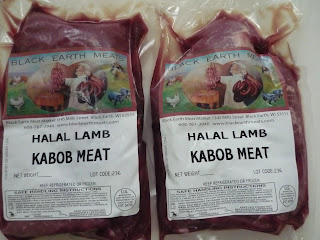 Locally raised lamb, all meats are from Midwest
I ended up using the meat for...you guessed it! Kebabs. I went to the trusted Barbecue Bible cookbook by Steven Raichlen which was one of my first grilling books. I Still use it to this day and haven't even gotten thru more than half of the 500+ recipes that come from all over the world. Perfect for tailgating which Mr. Raichlen knows a thing or two about himself. The kebab section as you can imagine has quite a few recipes coming from different countries. I chose to do the 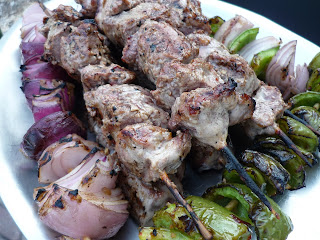 The Real Turkish Shish Kebab recipe from Steven Raichlen
I served these (recipe found HERE) with marinated peppers and onions, made on separate sticks, as well as cous cous and cucumber yogurt salad. Picked some pitas from the grocery store 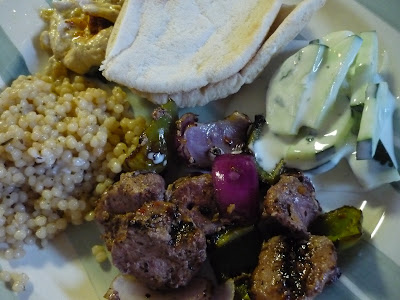