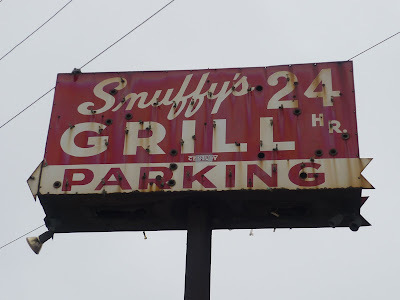 I made my first ever visit to Snuffy's just recently. A friend of mine brought me over to the old Route 66 roadside institution located in the tiny suburb of McCook, IL which was once famous for its many mobbed up strip clubs and bars . It is also the home to some heavy industrial plants and Snuffy's has been there for the locals and workers in these plants since 1930 when the original owner set up shop at where it stands today. It's all blue collar and when it was first built it was a stop made for the truckers where they can get breakfast and some coffee and so the stories go play some games in the back for cash. Well not much has changed since except the gambling rooms in back are long gone and old Joliet road is no longer Route 66. In fact the place is for sale and even though this was my first visit I was sad and hope a longtime customer buys it and the place remains the same like its done for all these years already. 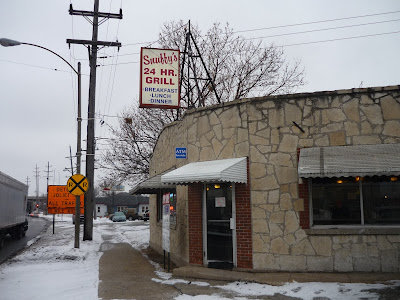 I had seen some pics he posted thru his smartphone on facebook in which the food looked like my type of place and we were able to make a pit stop there while driving down I-55 south. We got there around 3p on a weekday and the place was empty but there were many regulars stopping in during our visit. This place is everything you would think a popular no frills lunch stop to be, it's got the poker machines and cigarette machine still around along with an old TV and a grill with a counter and stools going down it and some booths to top it all off. 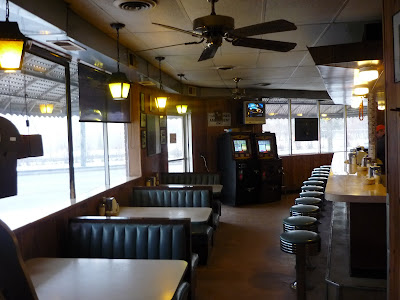 Just like everything else at Snuffy's the menu is no frills too. It's simple with breakfast being the most popular choice but many others show love to the burgers and simple dishes like roast beef, meatloaf and such. There was a time when Snuffy's was a 24 hour joint but those days are done and they now close when the days over and they think everyone who was stopping in for the day has. On our visit the owner was very kind and happy to serve us up one of their deluxe burger specials with a fried egg on top. This is my guy's go-to order and sounded like something that would work well with me. The burger is also one of the most ordered items and is a fresh patty of beef thrown onto the griddle and served with lettuce, tomato, onion and a lightly toasted bun. The egg is an option added on that really takes this from not bad to pretty damn good. I could see them having a kick ass breakfast sandwich. Check it out if your ever around that way. 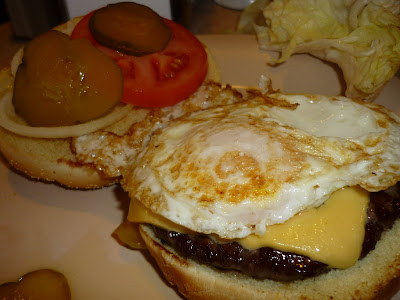 Snuffy's cheeseburger with a fried egg on top

The first time I stopped for breakfast was in the early 70's This is authentic as it gets! Has not changed at all. The ham is still cut off the bone!