Greetings all, how's everyone doing these days? Cold out there huh? Well because of this were going to head to Uptown over to Argyle street to consume in something perfect for the months like these. Chicago's Argyle street off Broadway all the way down to Sheridan is a little Vietnam of sorts for the city. It's along this street and throughout the entire area that you will find the city's biggest collection of Vietnamese restaurants along with some other Asian spots and plenty of grocery needs as far as anything used in these cuisines. However it can be hard to decipher which spots are the real deal and what others are just pretenders. Obviously everyone knows about Tank noodle but there are other spots to get your grub on around this way. My guy over at Grubseeker tipped me off about a new spot down there away from Broadway called Pho Xua. They serve up Vietnamese and Chinese specialties with an extensive menu in a nice clean dining room. It's also a BYOB and they have party room in back for anyone that wants get wild. 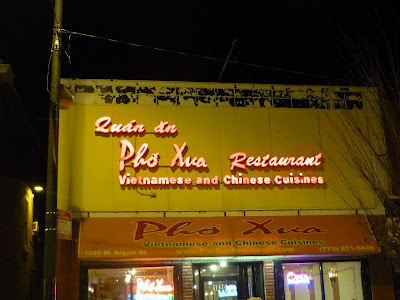 I trust the Grubseeker's taste and enjoyed what he had to say about Pho Xua along with the others on the 'net giving it praise. So that was all I needed to go on over and give it a try. It was also really helpful that people were pointing out which dishes were standouts and which ones were just 'eh at best. Like I mentioned above the menu is huge and it would take a year plus to get thru the entire thing but you don't even have to worry about that because we know whats good and which dishes you should be trying should you decide to stop in. The items pictured on here were all well excepted by the people at the table. I've found it best to stick with the Vietnamese portion of the menu on the few visits I have made. 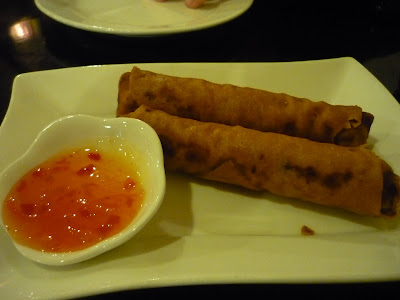 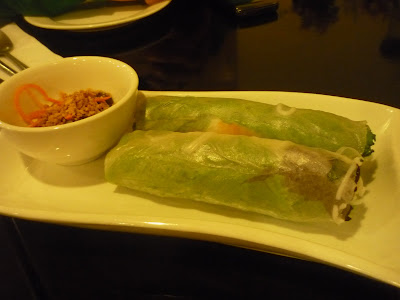 ^Both of these starters were pretty good, nothing insanely great or anything like that but both did the trick. I'm not sure I'd order either or again just because there are other things I like better and some other stuff I still want to try. 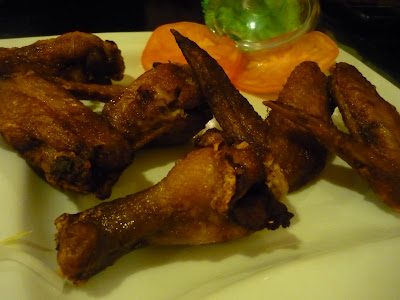 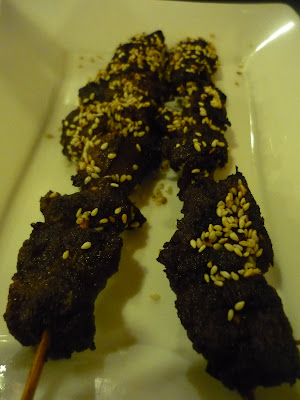 ^I enjoyed both of these app's as did all the others with me on my visits. The prices at Pho Xua are very fair and in some cases really nice with these appetizer's falling in that category. Both of them were under $4 and worth every penny. The wings were just what you would expect everyplace to be able to do, crispy on the outside while tender and juicy inside. I find that many Asian places use bad beef that just isn't right in both taste and texture but that wasn't the case here. The beef sticks were very tender and not chewy at all. I've found myself ordering a second batch of the sticks for the table on each visit. 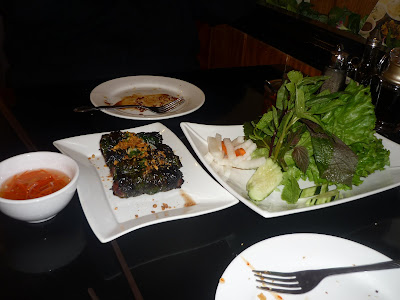 These grilled Betel leaves are one of the best app's I had all of last year. They came highly rec'd by Grubseeker and at $3.95 they are a steal and so I'm always getting two orders when I'm over there. These are rolls of grilled beef wrapped in leaf greens which are then dunked in fish sauce. I promise you wont be able to eat just one of these and if you ever do order them you can expect to be ordering them on every visit you make. Hell some days you'll start fiending for these. As good as these are and a must not miss in my book, the same cant be said for the fried rice. They do a lighter less soy sauce version but it was the beef in it I was unhappy with. I thought with how good they did the kebabs that maybe the same could be said for the beef fried rice but that was not the case as it wasn't all that. I did find the white rice with marinated pork loin to be just what you would want this dish to be. 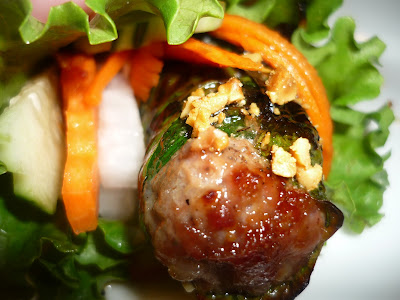 a wrapped leave ready for consumption 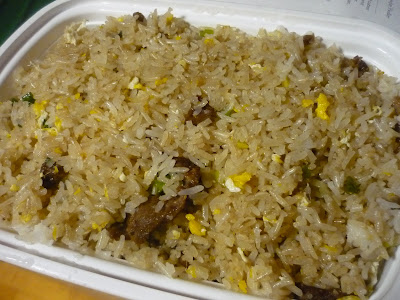 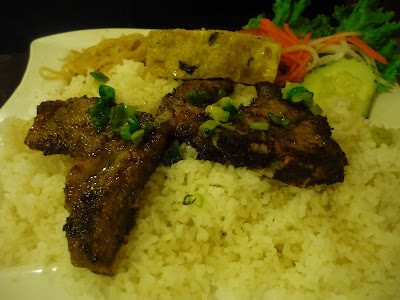 Now for the star of the show. With a name like Pho Xua you might of been expecting that to be their Pho. The classic Vietnamese noodle soup is found abound in these parts and Pho Xua has an extensive menu of different pho options. But the real highlight on the soup portion of the menu is the Bo Kho or Vietnamese beef stew. Someone over at LTH mentioned that this is traditionally eaten for breakfast in Vietnam. Now this is my kind of breakfast. 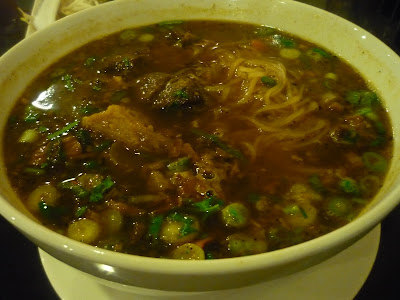 This is a rich bowl of goodness that comes with the choice of glass or wide noodles (half and half is an option). It's flavor profile consists of five spice, ginger, garlic and of course lots of beef. Inside you have the noodles surrounded by super tender pieces of beef from all over the cow. While most of the pieces will be brisket you will find some goodies inside that take that flavor up another notch. Just like with pho you will get a plate of toppings which can be used to alter the flavor profile of your soup. This is one of the best bowls of anything I have had this winter and look forward to my next visit on a cold winter night. 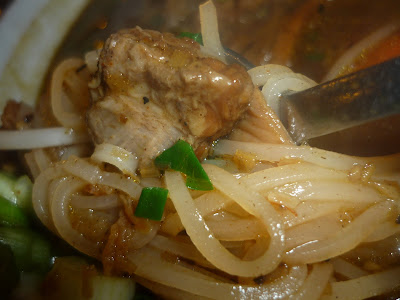 The guts of the stew

Your photos usually look very nice. What camera do you use?

that bo la lot is awesome.

Vietnamese food is by far one of my favourites. And it's generally very cheap as well. Soo Good.

What's up y'all thanks for reading.

Alan, I gotta Panasonic DMC-FS3. It aint to bad, got it a couple years ago, might get a new one soon, but this little gut has been good to me.

The name of the restaurant Pho Xua has nothing to do with pho, the food. Pho here, with its different diacritics, means a street or a boulevard. Xua here means time past. Combined, Pho Xua refers to a street that one frequented and has fond memory of, usually in a romantic situation.