Chicago has lost some good spots over the last month or so. I can't help but wonder if more are coming in terms of those that rode out the pandemic but were never able to fully recover. Some places didn't even get a chance to see what the other side held and closed during the pandemic. One of them was Cafe Marie Jean in Humboldt Park. The French inspired cafe was a favorite of many in the city's local food scene. But with it's loss we gained an Italian inspired spot called Segantore. 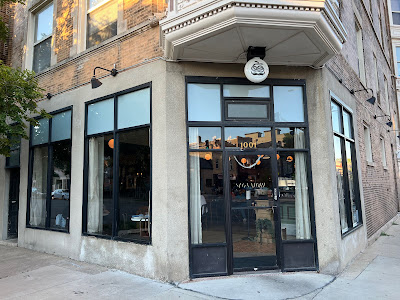 Newly Opened in Humboldt Park
The kitchen at Segnatore is ran by a familiar name for those of us who are plugged into the city's local food scene. It's ran by Chef Matt Troost who was the head chef at Three Aces on Taylor street and then Charlatan after that. Segnatore's menu, created by Troost, is rooted in tradition and flipped with a contemporary twist that makes use of the local Midwest bounty. The current menu features springtime hits like an agnolotti with pea and carrot, English pea brodo, pea shoots, crispy bits of prosciutto. 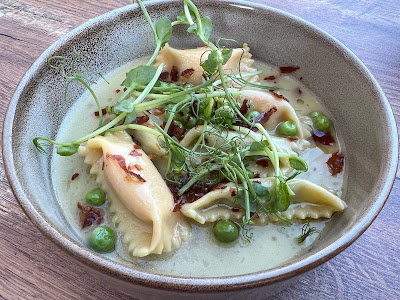 Agnolotti at Segnatore
In reading some recent online reviews I found that the escarole was very popular. It's one of a handful of dishes from the Vegetarian part of the menu. Giant runner beans were joined by cabbage and garlic pan grattato for a delicious dish. My only complaint for this was it needed more beans. A Fennel Risotto with preserved lemon, parmesan was also really well made with the rice being soft and the dish as a whole being creamy. But I think I preferred both of the pasta offerings over the risotto. 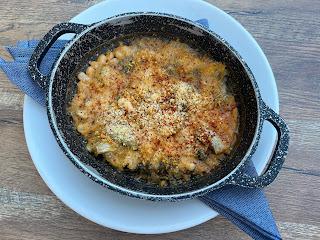 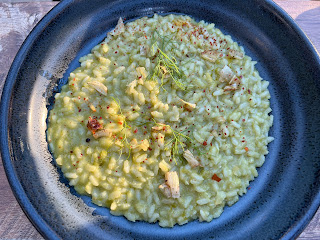 Escarole and Risotto
The other pasta we got was a Leek Gramigne with short rib, shrooms, dry vermouth cream sauce, cured yolk that was reminiscent of winter but could easily  be enjoyed any time of the year. It was a heavy dish to finish but I like leaving a meal like this completely full. I’ll be back soon for an intriguing brunch menu that includes Bolognese Fries of Three Aces fame. It's nice to have Chef Troost back. 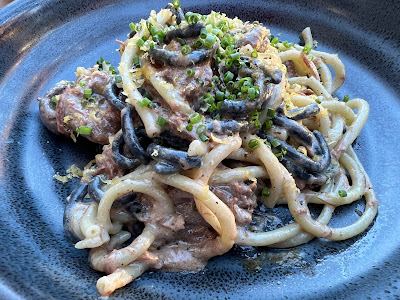