If you head all the way west on Montrose you'll eventually end up in Norridge, Illinois. The village that's sometimes referred to as the "Island Within a City." Along with Harwood Heights it makes up a suburban enclave within the city. It isn't the first place that people think about when discussing the areas many food destinations but there's some interesting spots to be found around there. 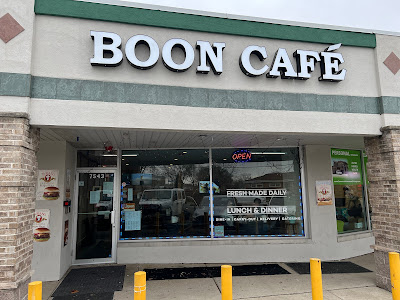 Boon Cafe is a recent opening that caught my eye. It's hidden in a small strip mall in an otherwise residential area. It's the type of spot that boasts a menu that's all over the place with Middle Eastern and Mediterranean making appearances here and there. They call themselves a fusion restaurant and one of their most popular menu items is a falafel po boy. I stopped in for that and was given a warm welcome that came with a cup of terrific lentil soup. The sandwich itself was also formidable with four piping hot pieces of falafel stuffed into a lightly toasted Turano roll that's then dressed with lettuce, onions, pickles, tomato, cucumber, pepper mix, aioli, and their housemade boon sauce. If you live out this way or find yourself in need of food before boarding a flight at O'Hare I'd head here. 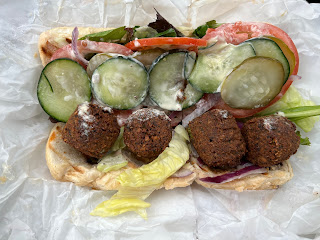 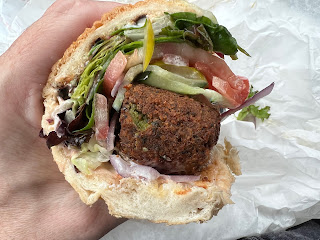