Over the years there's been more than 300 restaurants from Wisconsin featured on this site (close to 90 posts total). Today we add five more spots in the form of dining destinations that double as bars. 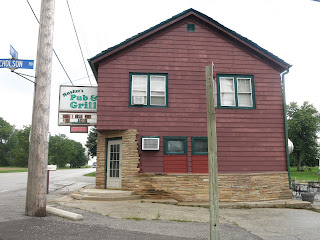 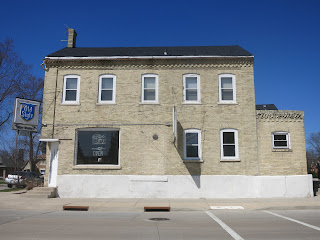 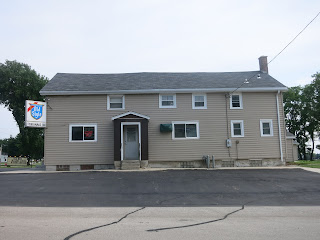 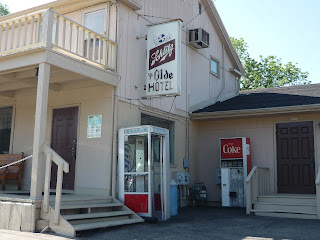 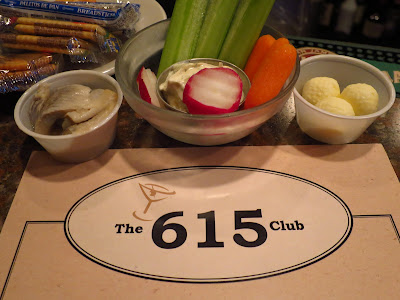 The 615 Club (Beloit)
I've had the chance to grab dinner at The 615 Club a couple times over the years. It's located in downtown Beloit which is the first spot in Wisconsin you enter when traveling north on 90 from Illinois (about an hour south of Madison). The 615 Club is a Beloit landmark going back to 1936. The type of spot you go to celebrate a promotion or anniversary and the likes. The Saturday night hotspot so to say. It checks all the boxes for a classic Wisconsin Club starting with a relish tray which can be seen above. The building, bar and dining rooms are all old school with photos of the past hanging on the walls. You can never really go wrong with the prime rib at a place like this and def try an order of the onion rings which have a sweetness in the batter like that of a donut. Good cinnamon rolls too. 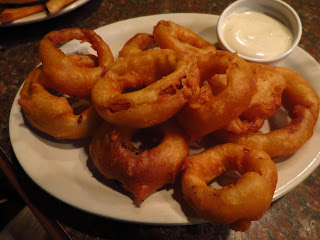 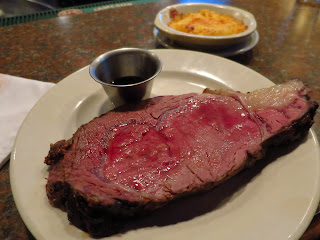 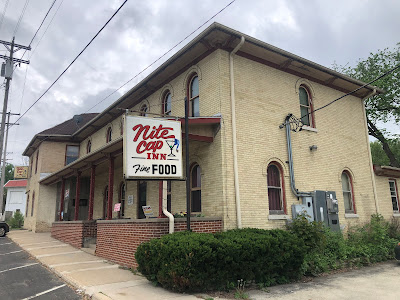 Nite Cap Inn (Palmyra)
Next Stop: Friday Fish Fry in Palmyra (pop. 1781) at The Nite Cap Inn in the Scenic Kettle Moraine State Forest. This place is a step back into time with it's wraparound bar, curtain covered windows, Old German menu (Saturday’s only) and the vintage blast from the past dining room. The building itself dates back to 1857. The first restaurant opened here in 1938 and Nite Cap Inn has been occupying the space since 1988. Cod is all you can eat but walleye is where it’s at. Served with your choice of fries or what many consider the best potato pancakes in the state. The recipe comes from the lady who owned the previous restaurant in this building which she opened with her husband in 1974. Betty Betenz was the area’s Potato Pancake Queen until her passing at 93 in 2016 but her legacy lives on in these housemade potato pancakes that live up to their billing as some of the best anywhere. Even better they’re all you can eat with your Friday Fish Fry. So good I took four to go (extra charge). The fried walleye was pretty much perfect as well. The homemade dessert list features German torte including one that's not well known outside of Wisconsin. Schaum Torte is the German equivalent of Pavlova. Lots of old Sconnies of German descent make this meringue topped with fruit and ice cream for special occasions, like Friday Fish Fry. A contender for best fish fry in the state. 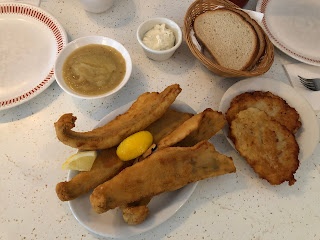 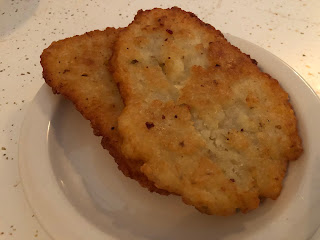 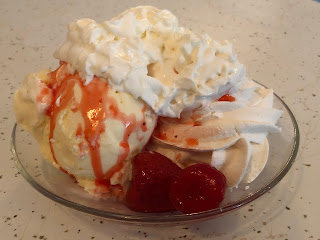 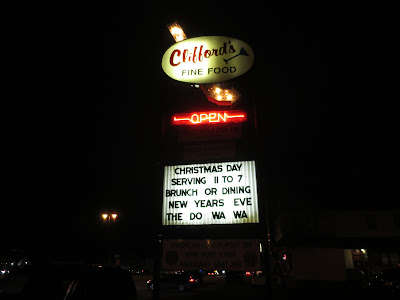 Clifford's Supper Club (Hales Corner)
Here's a spot I visited a few years back. One of the many cool things about Wisconsin Supper Clubs is you can pretty much count on them being the same place they were on your last visit whether that visit came last year or more than a decade ago. Clifford's has been a mainstay in the Milwaukee area since 1959. They're commonly mentioned when the best fish fry's in the area are discussed. But they don't do any of the lake favorites which is what I prefer. Still I had a fun Friday night when we sat at the bar during what was Christmas season at the time. These places always have festive crowds but the holidays make them even moreso. One plus about spots that serve cod is it's usually AYCE. 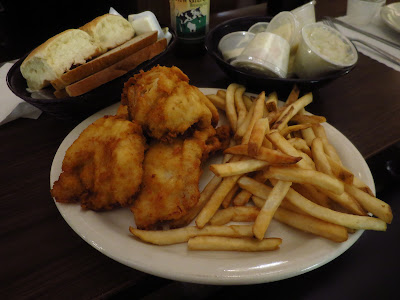 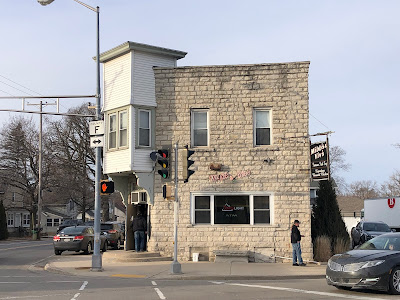 Mibb's & Vivs (Lannon)
About 15 minutes outside of Milwaukee is the small town of Lannon. It seemed like a pretty sleepy place but like so many other small towns in Wisconsin it comes alive on Friday night. The building that houses Mibb's & Viv's has been home to a bar for more than a century. You can feel the history inside. It's an old school spot with a friendly small town atmosphere though some of the regulars seemed to be easily swayed by the likes of Fox News and Facebook. The waitresses here make the rounds around the bar taking orders for Friday Fish Fry. Cod seems to be popular but walleye is a better bet though the breading is different. Fish Fry comes with your choice of potato and I always choose pancakes if it's an option. I thought these looked like the store bought kind but I was wrong. One of the best potato pancakes I've had alongside a fish fry. They also make a really great German potato salad (served warm). The rest of the fish fry was very traditional down to the buttered bread. This is one of the Milwaukee areas best fish fry experiences. Saturday is broasted chicken night. 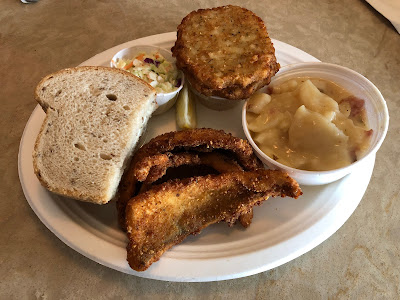 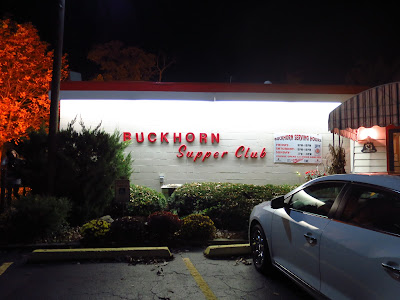 Buckhorn Supper Club (Milton)
If you want to experience some serious Saturday night supper club vibes than head to this contender for best supper club in the state. This spot hits all the high notes when it comes to classic Wisconsin Supper Clubs. It’s got the retro looks and feel, it sits on a lake, and the food is fantastic as far as supper club grub goes. Sure there’s no relish tray but gimme perfectly medium rare prime rib, fried blue gills with Old Fashioned's, and some of the best onion rings anywhere all paired with cheap cold beer. About two hours from Chicago and an hour north of Rockford. Serving the area for 90+ years. 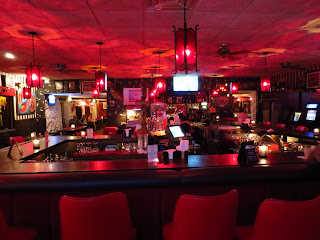 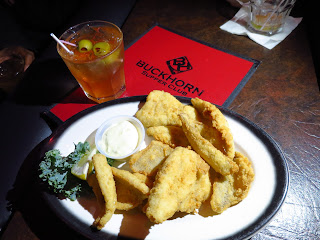 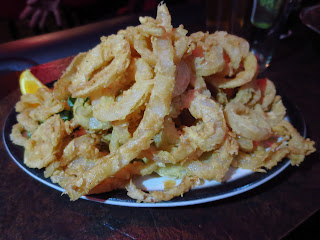 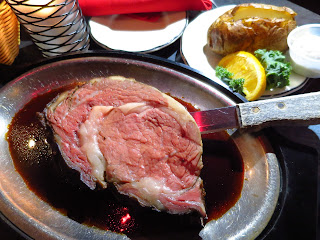 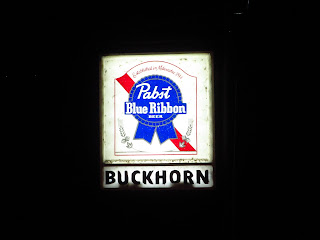 Pharmacy Store Online Is Here For You With Different Disorders Medications. We Are Here To Provide You The Best Online Medications With 20% Discount. Just Click On Links Below.