Lola's Coney Island was greeted with much buzz upon it's arrival. They opened at the corner of Chicago and Francisco just before Grand avenue at the start of Spring here in 2019. They got write ups and reviews from just about all of the Chicago food media that's left. They also earned a spot on Eater's "hottest restaurants in the city right now" list. So I'm guessing most of you have heard of them by now. For those that haven't this is an ode to the hot dog stands of the owners youth. A Detroit style Coney Island hot dog shack. For many Michigan people now living in Chicago this is what they missed most from home. With it's arrival they've brought Detroit style coney dogs back to Chicago. 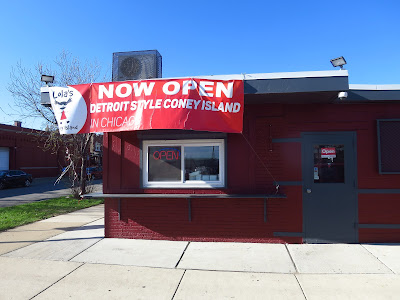 So the story goes the owner was working at a car dealership before this. He'd long wanted to do a Detroit style Coney shop in the city and he decided to do it when he found this nice little spot that was already a fast food type place before. They spruced it up inside to where it almost feels like a ski lodge with the wood paneling. Actually there's a few spots in Detroit that feel similar but they're more like diners. Nonetheless that's what many Coney Island hot dog shops in Detroit are. Some are straight up hot dogs stands but many others are full functioning diners. Lola's is more like a hot dog stand but they have a very nice regionally focused menu. Aside from the Coney dogs another popular item at the Coney style Greek owned diners are chicken pita sandwiches. Called the Joey at Lola's these are pitas stuffed with fried chicken cutlets, melted cheese, ranch, lettuce, tomato, and mayo. 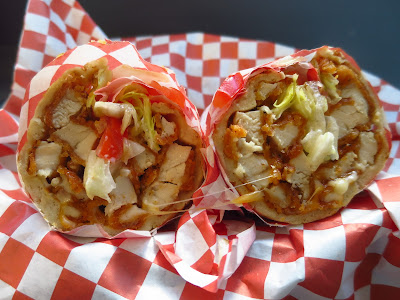 I wasn't sure what to expect from the Coney Taco but I pretty much knew I was going to like it. I was kind of hoping for a coney taco similar to that served at a famous Coney shop in Flint Michigan where they put a wiener in a hard shell taco and top it with coney sauce and gringo taco toppings but it wasn't quite like that. At Lola's a Coney taco is simply the coney meat used on the dogs put into a bun and topped with lettuce, tomato, and shredded cheddar cheese. It's simple but it's delicious. At least so if you like the flavors of a good old fashioned gringo taco like I do. An American classic! 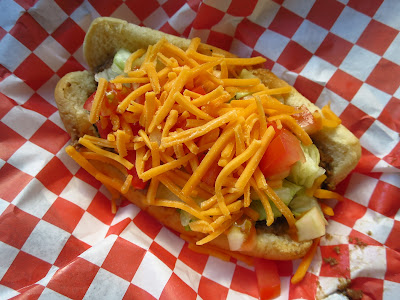 But what about the Coney Dog? Is it legit? Very much so. Thus all the love is deserved. This is the only true Detroit Coney hot dog you can get in Chicago. What makes it Detroit style is a few things. The first of which is the hot dog itself. In Detroit the best spots use a trusted brands that make matural casing wieners. Not only does the owner drive up to Detroit bi-weekly to secure these wonderful natural casing hot dogs he also grabs some National Coney Sauce while there. National is a longtime company who makes the wieners and chili sauce for many spots in Detroit and so while the sauce isn't homemade it's actually as authentic as you can get outside of Detroit. So if you have the proper natural casing hot dog as well as real deal 'Made in Detroit' Coney sauce you have a legit Detroit style Coney dog as soon as you add mustard and onions. This is likely the best non Chicago style dog in the city as the Detroit style Coney has always been underrated outside of Michigan. 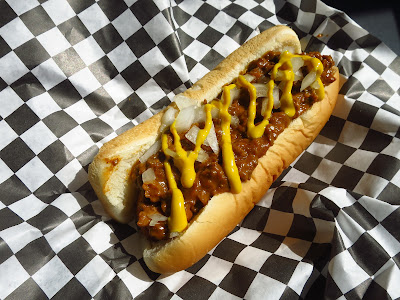