Hello friends. It's good to be back. Sorry about the unexpected pause but my computer took a crash. Luckily I was able to get it fixed and all of my files (pictures) were saved. Nonetheless I have so many posts that need to go up so expect a stream of them to come. We'll start with a spot I went to this past spring when on a run for lunch specials. I was planning on doing a little special on where to find the best lunch specials but two of the spots ended up closing and JK Kebab was clearly better than the others. It's a favorite with the locals and those willing to look off of Devon. It sits on Rockwell. 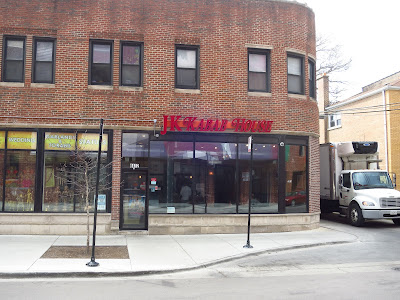 JK Kabab calls itself an Indian / Pakistani restaurant but the menu seems to be Pakistani dominant. In fact most of Devon is Pakistani despite it's standing as Chicago's Little India. You'll find classics on the menu such as Chili chicken and Chicken tikka. What sets JK apart from others in the area is the fact there is no buffet or heat lamps. Everything is made (grilled) fresh to order. The lunch special is a good way to go should you be there the hours it's available. It includes some Seekh kabab, Chicken kabab, rice, soup, salad, and bread (paratha). A meal fit for a sumo wrestler for the price of just $6.99. Making it one of the better lunch deals in the city. You could tell the kababs were grilled to order while the rice was nice and fluffy which is just the way I like it. Only thing I wouldn't recommend is the soup which was way to gloppy for my liking. They also have a second location in Naperville. 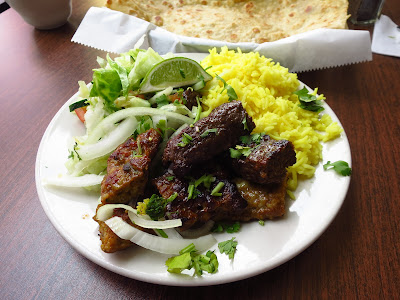