Believe it or not there's some genuine hate out there for Rick Bayess. I believe it stems from a stupid comment he made about bringing real Mexican food to Southern California. When he said that some of the people who's job it is to shed light on all the amazing Mexican food found in the area took great offense. I'll give them this, it was a stupid comment. But the butthurt is still there. "How can a Gringo have the nerve" etc. Well it's time to move on. There's no denying Rick's place in not just Chicago cuisine but also Mexican food. Is he the GOAT? Who cares he's done lots for both his customers as well as employees. Take Chef Alfonso Sotelo as example. The former Xoco cook has opened his own place over on 18th street in Pilsen. I'm pretty comfortable in saying it's already one of the best mexican restaurants in the neighborhood. Oh, the gentrification! 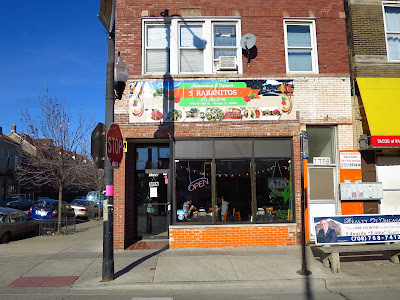 5 Rabanitos opened without much press last month. I'd known of their opening thru a online friend who manages Xoco who mentioned 5 Rabanitos was open. Always being curious I headed over there for lunch one weekend with the lady. Its located in what used to be a Papusa place with the insides being pretty standard, but to me its all about the food. Starting off with an order of Pozole, your choice of red or green, was a good way to go. Not only can you see the teachings of Rick Bayless in the presentation but you an also taste it. Crunchy pork rinds mixed in give both some uniqueness and also crispness to a bowl with layers of flavor. 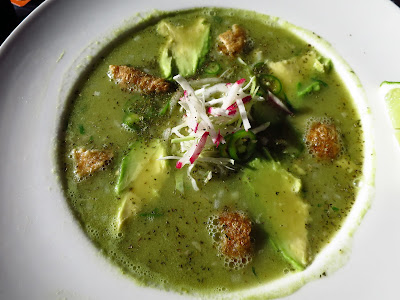 Moving onto to the tamales portion of the menu where they feature a carnitas option with mole sauce on top. This was outstanding. The moistness of the tamale was just right while the shredded pork inside was clearly fried. But the truth is you could probably dump the housemade mole on a Whopper and it too would be phenomenal. My only gripe with this dish was I wanted more mole on top. 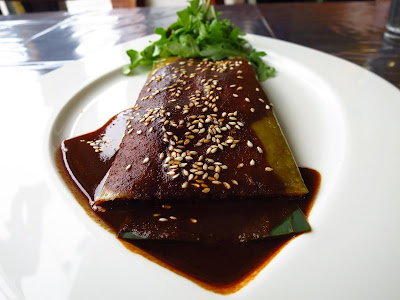 Of course I had to try a taco or two. The fillings are pretty standard and because I haven't mentioned prices I should point out that mostly everything here is under $10 with the tacos being around $3. Aside from the common offerings of Steak, Chicken, Al Pastor etc they also have Cohinita Pibil. This caught my eye because I really do think that Rick Bayless makes the best pibil I've ever tried. No surprise that this example is as porky/citrusy as Bayless'. The fact Chef Sotelo used to work for Rick is pretty much obvious in all of the dishes here. I believe the tortillas are made in-house. 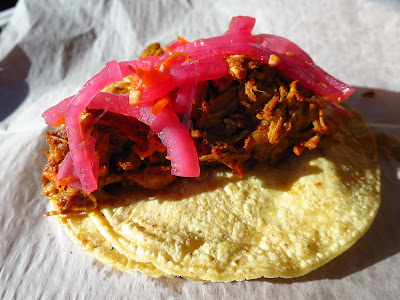 Finishing off with the tortas which are yet another example of the fact the owner learned under Bayless. I don't eat tons of tortas in Chicago as I much more prefer tacos. I also think there's only so many spots where its worth the calories and Tortas Frontera and by extension Xoco is one of those places. The one major difference in the tortas at 5 Rabanitos is the bread. I think they use a different distributor and while its not quite as good the bread at Xoco, it's still better than most others I've tried. The torta options are similar to Xoco with the Chicken Milanese being outstanding. Crunchy chicken with actual meat in between the breading gets topped with potent red onions and mixed together with black bean spread and cabbage. This is a torta I could eat regularly. 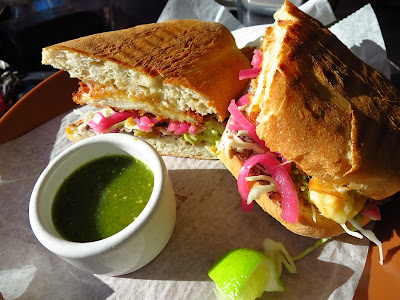