-Grubbing in Chicago
Where everyone eats.

Today is the day we finally head downtown over to Wabash and Adams and take a visit to the Chicago institution that is Miller's Pub. This place is classic old school downtown Chicago. Miller's is a large place with a full service bar that extends from front to back and serves drinks until 4am everyday. It also has a large two story dining area with booths and all where drinks are served by waiters and waitresses until close and food can ordered until 2am. It's the quintessential host 'em all type spot, you'll find as diverse a crowd as any inside there and the place is always occupied by diners and drinkers with many doing both. this is a spot that has really grown from it's first day to where it is now. 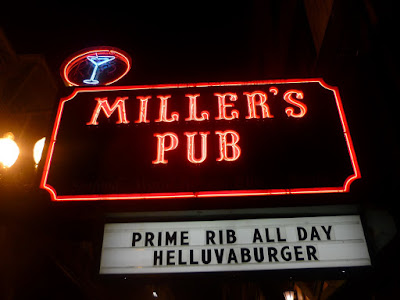 Since 1935. Located downtown on Wabash ave

Miller's Pub is one of my favorite places to drink in all of Chicago. I love the vibe and feel of old places like this, most of which are fading fast. It was in 1950 that three Greek brother's, the Gallios, bought Miller's Pub from it's original owners the Miller Brothers. The name renamed the same due to the fact the brothers had put every penny of theirs into the purchase of the pub and had nothing left to change the sign. Over time it's become a great place to drink that serves really good bar food and also a beloved piece of Chicago history. The brothers became successful with their hard work ethic and great food and fun offered and by 1972 owned three spots along Wabash with Miller's being the focal point. It was in 1989 that Miller's moved from it's original location due to to the buildings renovation. They moved into one of their other restaurants called Vannie's at 134 s. Wabash and it's been like this since. 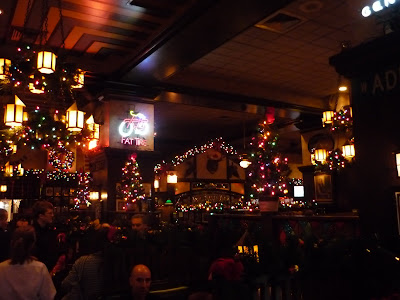 The view opposite the bar

As the website tells their story "Over the years they (the brothers) imprinted not only their work ethic but their personalities on the pub. It became one of the most famous late-night spots Chicago had to offer, where on any night of the week an average couple out on-the-town might find Marilyn Monroe or Mayor Daley in the booth next to them. Chicago baseball legends Bill Veeck and Harry Caray were regular customers and became lifelong friends of the family. Jimmy Durante never came to town without stopping by for some figs & cream- he didn’t drink. Bob Fosse’s dancers spent many post-show evenings- that lasted into mornings- at the back of the bar." 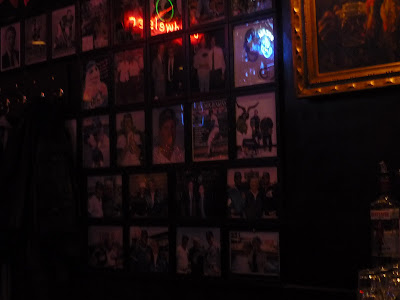 You'll find all sorts of celeb portraits along the walls

The drinks are very good at Miller's with some nice brews being offered on tap as well as a few house special cocktails. The menu is extensive to say the least, and it has to be because there's people in here eating from 11:30a until they stop serving food at 2a. Some diners are stopping in for breakfast before an important meeting while others are in there for a celebration involving food and shots. I get to Miller's when I can and was there a couple times recently and was able to order a few items other than my usual. I had some wonderful New Years Eve daytime fun at Miller's this past NYE when I stopped in for lunch and some matinee Chicago Bull's basketball and drinks with good friends. I finally got try the corned beef hash which is a house made blend. I thought it was pretty good, not the best but I would have their blend again another time no problem. It was great before a day of drinking. 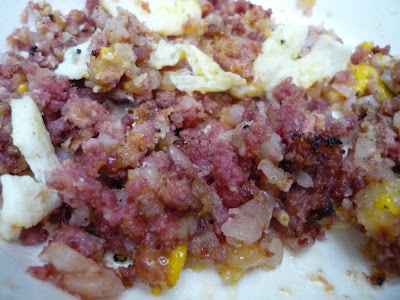 Miller's is the type of place that's great to go to with a group. They can host most parties and have a fully stocked bar with TV's with sporting action on them and a menu that can please everyone from kids to grandmas. Categories from the menu include the usual appetizers, salads and desserts along with a seafood section, Italian, ribs, steaks and chops, prime rib, burgers, deluxe sandwiches and breakfast like eggs and omelets. My lovely lady friend got the Wisconsin fish fry lake perch on NYE. Lucky me, she wanted to order something I wanted to try. It comes with lake (not ocean) perch and true to Wisconsin style also a potato pancake and cole slaw. We both thought it was ok, not something worth ordering again with the other great eats however. They also have a pub style fish n' chips made with cod, I have not tried that. 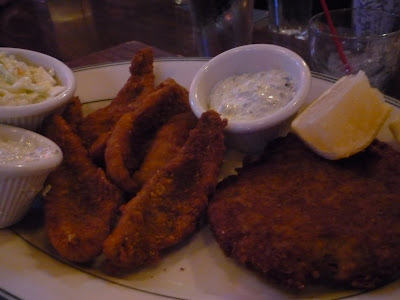 Item's that I will order again are all featured below. I haven't tried most of the menu it's so big but these are the things I have gotten on a few occasions. Miller's does a real nice prime rib. Basically everything you would expect from a place with this vibe and style you can get one served as a platter or also open faced on top a piece of bread like a sandwich. Chicago is a meat town and your not going to find a bad prime rib in most places as is the case with Miller's. They come served with a side and salad or soup along with gravy and horseradish sauce. Nice way to spend your day, with a few cocktails too. 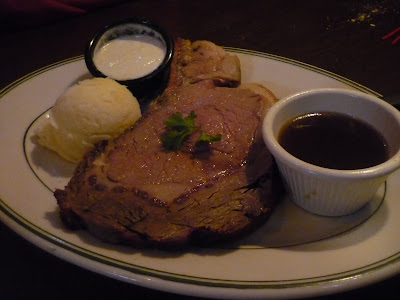 Another one of my go to's, especially over Wintertime is their chicken pot pie. I love pot pie but you just don't see it on too many menus and I no longer eat the frozen ones but I loved them when I was at college in Wisconsin. Chicken pot pie can also be really good or really bad and Miller's is one of the best I know of in Chicago. This is one of my favorite eats during the day during winter in Chicago. Parking is not easy at Miller's but spots are more readily available with the meters there now and it is right off a handful of the train lines at the Adams/Wabash stop. 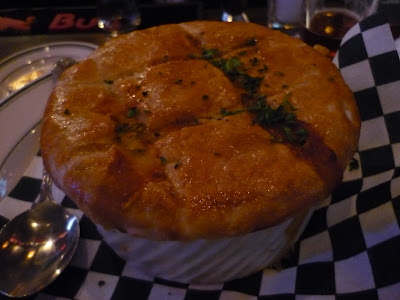 Chicken Pot Pie is available at Miller's until 4p daily

Miller's does a hearty version which is one of the house specialty's. You wont it on their online menu since they only serve it until 4p. This is because they don't use frozen store bought pot pie, theirs is homemade. It's a rich blend of chicken chunks which you get plenty of along with carrots and peas. The gravy is just right in texture and this does the job on a cold winter day. If you really want to warm up, have a bourbon or two with your pie. Anyone else know a great place that serves up a mean pot pie? Let me know por favor. 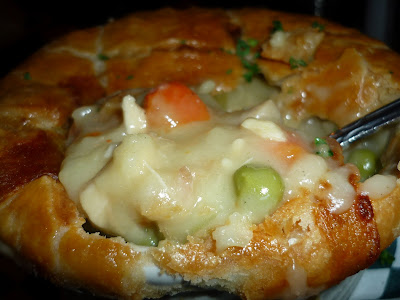 The insides of the pot pie

Miller's pub calls itself "Famous for Canadian Baby Back Ribs" but I'm here to tell it should be something else. I mean after all, what are Canadian ribs? and why are they the famous eats at a Greek owned pub? It's frigid cold with high winds and snowfall covering anything that's not taller than 10 feet in Canada almost eight months out of the year, eh. Well anyway all Canadian ribs are is Chicago style tavern ribs which are baked baby backs slathered in a sweet BBQ sauce, it's not me nor most's in this city's style anymore but this was how ribs were enjoyed back in the day so they say. So whats the menu item that is a must order in my book? Well that would be the Greek burger. I would say it's a good call to order it at a Greek owned tavern ya know? This is one of if not my favorite bar burgers in the city. It's really damn good. 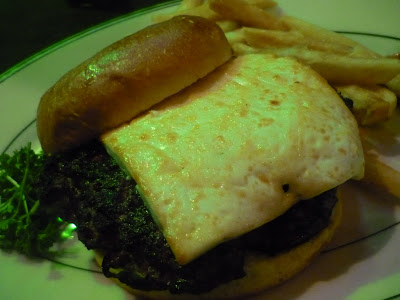 The Greek burger from Miller's Pub

Miller's takes a fresh ground beef patty which has bell peppers, red onions and parsley patted into it and cooks your burger to order. It is then topped with sliced black olives and feta cheese and goes onto a tasty and sturdy bun which holds up well to the juicy patty your going to taste with each bite. The burger is served as a platter and comes with steak fries, cole slaw, lettuce, tomato and a pickle spear. The fries are ok but they do have their own house steak sauce at each table and I like to dip them into that but its all about the burger here. When I say "bar burger" I'm talking about a 10-12 oz patty (or larger) cooked fresh and to your liking which is how the best bars serve their burgers. Miller's is not only an amazing bar burger but it's gotta be one of the best burgers in downtown Chicago and the best in town around that way or anywhere after midnight. Miller's is one of those rare spots in the downtown area that's loved by all locals and tourists alike. Check it out and enjoy a piece of old Chicago. 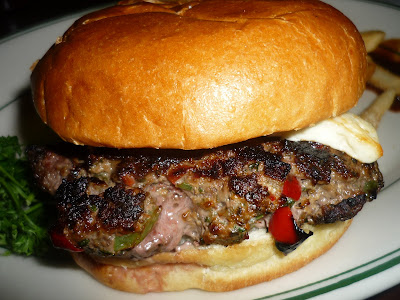 Juicy Greek goodness is how I can describe it...

Haven't had it, but I've heard good things about the pot pie at Silver Cloud on Damen. I've seen people order it, it looks like quite a dish.

Hey, as a Canadian who regularly reads your blog I resent that. Where I live we have the same weather as Seattle!

Whats up Ben, thanks again for keeping up, I have heard that actually and never registered it into my head, maybe this wkd Ill head over, thanks for the tip.

Leanna, my bad! Thanks so much for reading, I love your site too, girl can cook! haha I actually love Canada and Vancouver is in my top five places to see, I might even get out that way this summer or fall and if and when I do I'll be sure to get some rec's from you. Its 0 degrees here today so who am I to complain?

If you think Millers pub is good- try the lincoln tavern in Bucktown. Surprised you haven't stopped there yet- family owned for 62 years, classic Chicago- Go on a friday night for the best comfort food you have ever put in your mouth.

Vancouver is amazing for food. We have everything, amazing BBQ, every ethic food known to man, great food carts (Japadogs?! Street-meat! Crepes!), some incredible delis, french cafes, and formal dining!

It's actually VERY frustrating to decide what to have for dinner.

I can have belgian waffles for breakfast, charcuterie for lunch, ethiopian for dinner and go for some amazing gelato afterwards. Then try to decide on a taphouse or bar for some drinks. And talk about tons of artisan beers.

Makes me dizzy thinking about it. :P

The grilled lamb rib chops at Miller's have never failed me. They're a little pricey but are always absolutely outstanding. Pay the extra $1.00 or so for the house greek salad - well worth it. The regular burgers are also excellent, as are their 'real' mashed potatoes.