Chicago's Chinatown neighborhood continues to boom in ways we hadn't seen in the decades before this last one. It's tough to keep up with all the spots opening up shop. Part of this is due to new developments in areas outside of Cermak and Wentworth as well as Chinatown Square. Though those areas are by no means unfamiliar with new age restaurants opening up shop. There's been so much development over the last year I have a big post in the works for early next year that will feature many of these new businesses but for today I wanted to focus in on one of the few old school spots still left. There was a time not long ago when most of the spots in Chinatown were similar to Saint Anna Bakery. It's the type of place you're likely to run into some of the neighborhoods longest tenured residents. It's the Chinatown equivalent of a typical neighborhood diner on Main St. People come here for socializing as much as the food but they're here for that too. 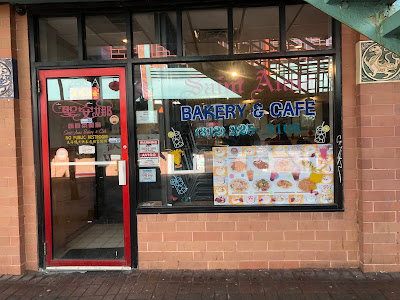 Locals Favorite in Chinatown
Saint Anna is a bakery and a cafe. It's most popular hours are in the morning due to the fact they make some convenient breakfast pastries and they also serve food and hot drinks. It's a classic Cantonese style Hong Kong cafeteria. I could totally picture this place somewhere in a local HK neighborhood. Not just bc of the looks and feel but the menu too. One of their most popular offerings is an egg tart. They also get lots of love for their ham and egg breakfast buns which are a steal of a deal at $1 and change. The pastry counter is loaded with all sorts of Chinese snacks and treats. 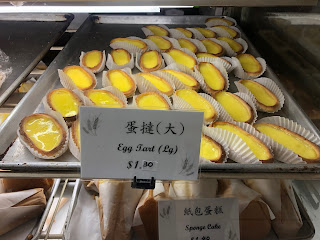 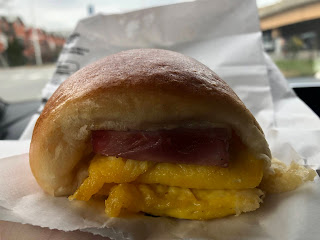 Pastries from Saint Anna Bakery and Cafe
Before covid Saint Anna was a locals favorite for a cheap breakfast and or lunch. They make a wide variety of items you'd find at a Hong Kong cafe. Dishes like ham and macaroni soup or Portuguese baked rice. The latter is a favorite of mine and I approve of the version served here. Galinha à Portuguesa is a regional dish with roots in Macau that's also popular in Hong Kong. It's a fusion food that came about from the Portuguese colonizing of Macau. White rice is loaded into a baking dish and topped with a creamy coconut curry as well as a protein which is typically chicken or pork chops which are usually topped with cheese. Recipes can vary as they often do with comfort food dishes like this. Unfortunately there's currently no dine in offer at Saint Anna which I know is hurting their bottom line based on the fact there were always people eating there in the morning. I don't know their current ownership situation (older / younger etc) but the people behind the counter are always so nice to me and I hope the end isn't anywhere near for this vintage Chinatown stop. 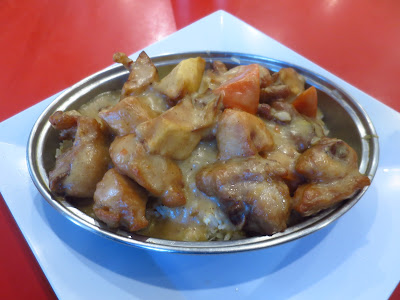 It's great to have you here. xvideostudio video editor pro apk gif download free android
really like the colours and theme.
Is this your website?I'd like to start working on my project as soon as possible.
If you don't mind, I was curious to know where you got this or what theme you're using.
Thank you!
fxsound enhancer premium full
pup winthruster
avast license key
inpage download

Download Software for PC & Mac
You make it look very easy with your presentation, but I think this is important to Be something that I think I would never understand
It seems very complex and extremely broad to me. I look forward to your next post,
Arclab Watermark Studio Crack
Movavi Video Converter Crack
TunesKit Spotify Converter Crack
Samsung Smart Switch Crack
FortKnox Personal Firewall Crack
SparkoCam Crack

This is very rare and useful software. You may get many benefits free. Then why do you pay for other software for the same features?
https://cracksir.com/minitool-power-data-recovery-2021/

Wow, amazing block structure! How long
Have you written a blog before? Working on a blog seems easy.
The overview of your website is pretty good, not to mention what it does.
In the content!
vstpatch.net
Waves 13 Complete Crack
Miracle Box Crack
PreSonus Studio One
FaBFilter Pro Crack
Pianoteq Pro Crack

information you provide, it helped me a lot
I have bookmarked it and I am looking forward to reading new articles. Keep up the good work. And Thanks For Sharing!

I guess I am the only one who came here to share my very own experience. Guess what!? I am using my laptop for almost the

past 6 years, but I had no idea of solving some basic issues. I do not know how to

You will find a lot of approaches after visiting your post.
iZotope Nectar

Great Article. I am learning to be social on SM and learning to blog etc. So all your info helps
resso-mod-apk/
electra-2-vst-crack/
hoverwatch-crack/